Dota 2 team Natus Vincere is letting go of Artem ‘fng’ Barshak in favor of former Virtus.pro Polar captain Artur ‘Goblak’ Kostenko. This news comes after VP Polar announced last weekend during Dreamhack Bucharest Masters that Goblak will be leaving the team soon. Interestingly, the team also revealed that their former captain will be making its way to Na’Vi in the near future. At the time Dendi and co. were playing with their regular roster at the event, fng included, and even eventually managed to win the Dota 2 Champions League Season 4 cup. It’s pretty safe to assume that Na’Vi wanted to wait until the competition was over before making the big announcement.

This move was apparently planed for some time and seems to come as a result of fng’s decrease in performance lately, even though the official statement claims otherwise. “This decision has nothing to do with Artem’s level of game performance, the results at D2CL proving that,” the statement reads. “However the squad’s results of the last tournaments showed that the team has lacked the leader’s decisions lately.” fng has not longer been the drafter for Na’Vi ever since ESL One New York when he was demoted and his previous role was given to Dendi. This was a pretty clear indication that something was not going right and fng might end up leaving Na’Vi at some point, although nothing was official until today.

Meanwhile. the team seems happy to have Goblak back in their roster again. Kostenko played for Na’Vi before back in 2011 and he was also their coach at the Dota 2 International 2014 tournament, so he is quite familiar with the team already. It’s uncertain if Dendi will pass on the role of drafter to Goblak now that he joined the team, but we’re likely to hear more about this very soon. Following this recent change, the Na’Vi roster currently looks like this: Gleb “Funn1k” Lipatnikov, Daniil “Dendi” Ishutin, Alexander “ХВОСТ” Dashkevich, Arthur “Goblak” Kostenko, and Ivan “Vanskor” Skorohod.

I’m Load The Game’s co-founder and community manager, and whenever I’m not answering questions on social media platforms, I spend my time digging up the latest news and rumors and writing them up. That’s not to say I’m all work and no fun, not at all. If my spare time allows it, I like to engage in some good old fashioned online carnage. If it’s an MMO with swords and lots of PvP, I’m most likely in it. Oh, and if you’re looking to pick a fight in Tekken or Mortal Kombat, I’ll be more than happy to assist! Connect with me by email markjudge (@) loadthegame.com only
@@MarkJudgeLTG
Previous Sony Xperia flagships spotted running Android 5.0 Lollipop
Next Google Drive update brings Material Design and Open With function 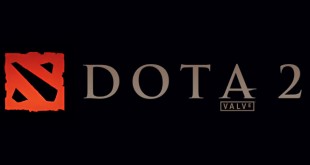