Breaking News
Home » LTG Slider » Just Cause 3 will not launch with a multiplayer mode, map size will be similar to that of Just Cause 2 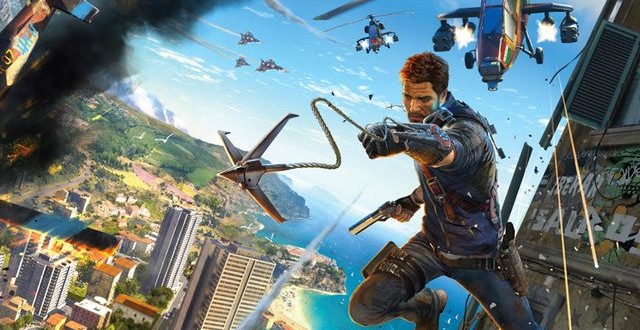 Just Cause 3 will not launch with a multiplayer mode, map size will be similar to that of Just Cause 2

Developer Avalanche Studios announced that Just Cause 3 will not feature a multiplayer mode at launch, but that the possibility is not completely off the table just yet. This is a bit surprising given that the PC gaming community managed to create a multiplayer mod for Just Cause 2 that worked just fine. Avalanche themselves have admitted that the mod is fantastic and commended the community for creating it. That being said, the studio’s main focus is the sandbox experience which will be the most important feature in Just Cause 3. The possibility of multiplayer is still there but it will likely come only sometime further along the line and definitely not at launch.

“The mod is absolutely fantastic,” Avalanche CCO and co-founder Christofer Sundberg said during a recent interview with Game Informer. “We owe those guys a lot. They have actually supported the game and helped it stay alive so many years after it was released. We don’t expect the fans to make the multiplayer for Just Cause 3, but at some point you have to make a choice on where your focus is. Our strength is the sandbox experience, and we want to deliver a great Just Cause 3 experience.  Maybe sometime down the line, we’ll take Rico into the modern world of multiplaying,”

During the same interview, game director Roland Lesterlin discussed the map size. Lesterlin said that although Just Cause 3 will be roughly the same size as its predecessor, the game world is much denser this time around. He also mentions that “we have certainly gone a lot bigger when it comes to density of the world and now it’s not just on top of the world, we also have caves and tunnels and all sorts of stuff there too.” Just Cause 3 doesn’t have a specific release date at this time but Avalanche Studios says that we should expect it to launch sometime next year.

I’m Load The Game’s co-founder and community manager, and whenever I’m not answering questions on social media platforms, I spend my time digging up the latest news and rumors and writing them up. That’s not to say I’m all work and no fun, not at all. If my spare time allows it, I like to engage in some good old fashioned online carnage. If it’s an MMO with swords and lots of PvP, I’m most likely in it. Oh, and if you’re looking to pick a fight in Tekken or Mortal Kombat, I’ll be more than happy to assist! Connect with me by email markjudge (@) loadthegame.com only
@@MarkJudgeLTG
Previous Counter-Strike: Global Offensive pro player Simon “smn” Beck from team Alternate banned for cheating
Next Destiny gets massive update before the launch of The Dark Below