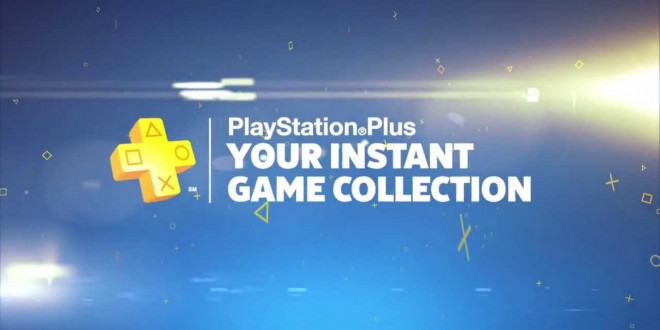 PlayStation Plus has already had two of the games that will be free this coming December revealed. Now Sony has released a full list of all six games that PS Plus subscribers will be receiving in December for free.

On the PlayStation Blog, this coming month’s PlayStation Plus games were shown: Injustice: Gods Among Us (PS4), Secret Ponchos (PS4), Hitman HD Trilogy (PS3), Deadly Premonition: The Director’s Cut (PS3), Final Horizon (PS Vita), and Titan Attacks! (PS4, PS3, PS Vita). All of these will be available on December 2nd.

Thee first two games coming to PlayStation Plus members are Injustice: Gods Among Us and Secret Ponchos. Injustice: Gods Among Us is a superhero brawler from the studio that developed Mortal Kombat. PS Plus members will receive the Ultimate Edition, which comes with six extra characters, over 30 new skins, and 60 S.T.A.R. Lab missions. Secret Ponchos is the second PS4 game to arrive on PlayStation Plus next month. Set in the Wild West, players engage in a range of modes from 1v1 stand-offs to 4v4 team battles. Players can master different outlaw archetypes, and engage in intense combat.

The first PS3 game that subscribers will receive is the Hitman HD Trilogy. Here gamers play as Agent 47, the world’s deadliest assassin. Players have to stay smart to pull off the perfect execution. The trilogy includes Hitman 2: Silent Assassin, Hitman: Contracts, and Hitman: Blood Money. PS3 owners with PlayStation Plus will also get Deadly Premonition: The Director’s Cut. In this horror game, players end up in the town of Greenvale, and play as detective investigating a murder in the town.

The single PS Vita exclusive game that PlayStation Plus subscribers get is Final Horizon. Described as “2 minute tower defense,” gameplay in Final Horizon is fast and deep. The epic story takes place across far reaching planets and solar systems as players fight the deadly Swarm. The final game for PS Plus in December is available across all three consoles. Titan Attacks! is in the vein of classic arcade shooters, as players fight to turn back the invading Titan army.

I’m Load The Game’s co-founder and community manager, and whenever I’m not answering questions on social media platforms, I spend my time digging up the latest news and rumors and writing them up. That’s not to say I’m all work and no fun, not at all. If my spare time allows it, I like to engage in some good old fashioned online carnage. If it’s an MMO with swords and lots of PvP, I’m most likely in it. Oh, and if you’re looking to pick a fight in Tekken or Mortal Kombat, I’ll be more than happy to assist! Connect with me by email markjudge (@) loadthegame.com only
@@MarkJudgeLTG
Previous Sony: Focus on PlayStation, Slash TV and Smartphone Lines
Next Steam Exploration Sale: Black Friday Deals Start Now

The 2016 reboot of Hitman has received a new Halloween Pack, which makes the game’s ...