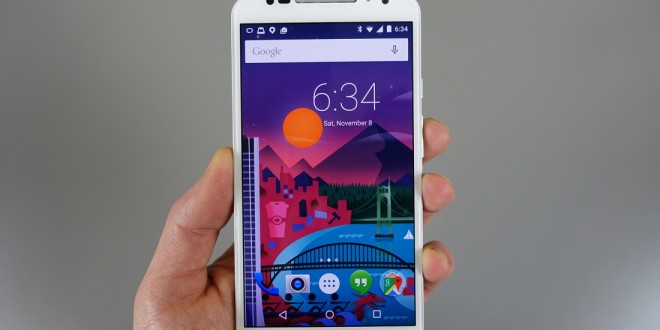 Google’s Android Lollipop is perhaps the best mobile OS on the market right now, and it seems to find its way on an increasingly high number of devices capable of taking it aboard. The Pure Edition Moto X 2014 is one of them, and while the smartphone received a Lollipop update a few weeks back, it was pulled by Motorola after many users complained about stability issues and faulty Bluetooth stereo connection. Looks like Motorola managed to mend these issues and re-released an improved version of the Android Lollipop for the Pure Edition Moto X 2014, which features a refreshed design, new options for managing irrelevant notifications and much more. The update in question was signaled by a number of Reddit users who noticed that their Pure Edition Moto X 2014 prompted them to download the latest Android OS.

Updating to the new Android Lollipop is pretty straightforward. In the event that the prompt notification doesn’t show up automatically, a few simple steps will do the trick. Just go to the Settings app, tap the ‘About Phone’ option and afterwards ‘check for system updates.’ The update should pop up in a few seconds. Android Lollipop brings a lock screen with more responsive options and notification settings to automatically unlock your Moto X whenever a Bluetooth connection is detected, while the notifications and settings shades have been fused into one area. The OS will automatically assess which settings need to be displayed based on how often they are used. Unfortunately, AT&T Moto X 2014 users will not be enjoying the latest Android update anytime soon, as it is still awaiting certification.

Motorola has announced they will continue to deploy the Android Lollipop for the first and second generations of Moto X and Moto G. The latest Google OS is also scheduled to launch on the Droid Ultra, Droid Maxx, Droid Mini and Moto E. All in all, the Pure Edition Moto X 2014 will benefit a great deal from this update thanks to an array of useful features and fresh design.

I'm Razvan, a sports and first-person shooter enthusiast. I've always loved writing, even more so when it involves games. When I'm not playing on my PS3 or writing, I like to run exhausting cardio workouts, play soccer, watch a good movie, or read a good book.
Previous Android Lollipop rolling out now to the Samsung Galaxy S5
Next Release Date For Resident Evil HD Remaster Revealed