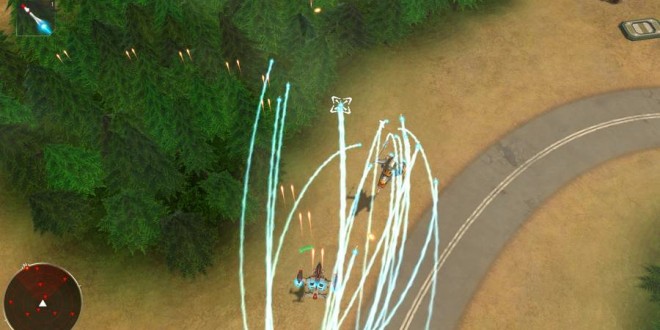 Project Root Announced For Xbox One and PS4

Project Root, a shoot’em up, has been announced for PlayStation 4, PlayStation Vita and Xbox One. The announcement came from developer OPQAM and is being published by Reverb Triple XP. OPQAM’s only previous games have been Project Root for PC which was released on May 1, 2014. Now the title is coming to consoles and the PS Vita. Publisher Reverb Triple XP is most known for their help in the creation of Fenix Rage made by Green Lava Studios. They have a large list of other published games as well.

The plot of Project Root revolves around a future where a corporation called Prometheus have control of the world due to their distribution of energy. A rebel group knows the true intentions of Prometheus and its leader, Demetrio Watts, and fight to stop them. Its plot sounds a bit like Final Fantasy VII, where AVALANCHE was a rebel group trying to stop Shinra from stripping the world of its energy via makor reactors. However the plot isn’t the real selling point for Project Root.

Unlike most shoot’em ups, Project Root is open world and split in between various levels. Mission structure will be linear and secondary quests can be completed for new areas and hidden items. Also the camera is not fixed in one spot, meaning the player can manipulate the perspective. Primary ammo is infinite and special secondary ammo is limited. Enemies also occupy both the air and the ground meaning the player will have to choose which threat to eliminate first.

You can purchase Project Root on Steam for only $9.99. Reviews on Steam have been mixed but the game resembles old arcade game 1942 but with more control over the plane and your destination. The game will be playable at this weekends PlayStation Experience event, although whether the build is on PlayStation 4 or PlayStation Vita is not yet known.