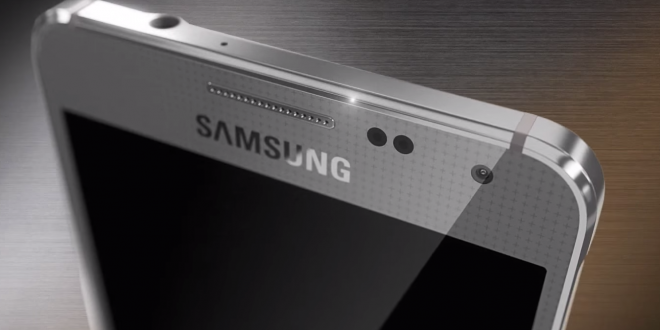 The Samsung Galaxy A5 and E7 are two new handsets from the veteran company we’ve never heard about until this recent leak. While we do know that Samsung is planning the launch of the Galaxy A3 and Galaxy A7, we didn’t now that a Samsung Galaxy E5 and E7 were in the works. Nonetheless, a recent spec leak shows off the two smartphones detailing the fact that they will be similar to the Galaxy Alpha inspired Galaxy A line.

The Samsung Galaxy E5 and E7 spec leak comes from SamMobile, which is a pretty trustworthy source when it comes to Samsung-related rumors. According to SamMobile, we might be looking at two upcoming mid-range phablets with large displays, model numbers SM-E500F for the Galaxy E5 and SM-E700F for the Galaxy A7. The spec sheets the site has published reveal that the Galaxy E5 specs will include a 5 inch Super AMOLED display with a 720p resolution, 2300 mAH battery, Snapdragon 410 CPU backed by 2 GB RAM and 16 GB internal storage, microSD card slot and a 5 MP secondary camera.

The Galaxy E7 specs include a 5.5 inch Super AMOLED 720p display, the same Snapdragon 410 CPU backed by 2 GB RAM and 16 GB expandable storage, as well as a 13 MP primary camera and a 5 MP secondary camera. The battery will be bigger, naturally on this one, measuring 2950 mAH. Both the Samsung Galaxy E5 and E7 OS will be Android 5.0 Lollipop with the dedicated TouchWiz skin which we could do without. Between the Samsung Galaxy E5 and E7, the E7 will be the larger, more bulky handset, the E5 being thinner and lighter at the same time. SamMobile thinks that the Samsung Galaxy E5 and E7 will be similar to the Galaxy Alpha in design, so we should be expecting at least a metal frame, if not a metal unibody on the two phones. Even though Samsung said that it would cut back on its smartphone models next year, it doesn’t seem like the company will be keeping that promise. Oh well. The Samsung Galaxy E5 and E7 release date is supposedly set for the second half of 2015, which is a bit odd, but hey, let’s see what comes of this.

My life-long dream has been to test out every gadget on the market! Considering the fact that I've rapidly destroyed almost every gadget I've had so far, I'm not inclined to owning something, so my ideal outcome would be to have a different gadget each month. I'm really into smartphones, wearables and tablets and I love Playstation and Xbox, I'm sure I'll beat you at your own game (after a month of training... or two)
Previous Youtube offline video viewing now live
Next Microsoft McLaren aka Lumia 1030 display, specs leaked