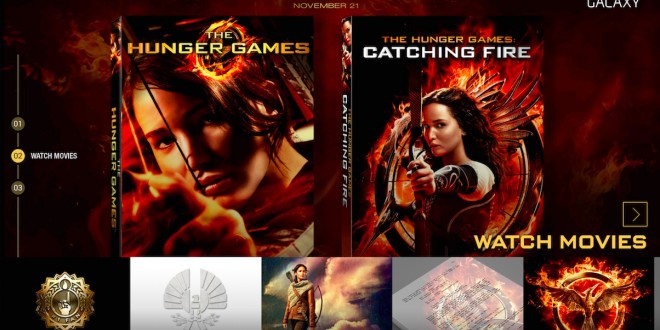 Samsung device owners can rejoice as Lionsgate launched an app that lets you watch The Hunger Games as well as the sequel, Catching Fire for free. There is a catch though, as only certain devices in certain regions will have the free movies at hand. Still, you can get the free movies, if you’re lucky. The Hunger Games Movie Pack app from Lionsgate is the way to go if you want to test the theory and try the redemption codes yourself.

Yes, redemption code. Samsung device owners can install the aforementioned app and once you click through the first stages of the installing process, you should tap “>” in order to get to promotional movies and if you access either of them you should get a promotional redemption code from the Google Play Store. Then on you should just tap the code and redeem either The Hunger Games or Catching Fire so that you can watch it for free on any Samsung device that has Google Play Movies.

Currently, the promo codes are being tested on various phones and tablets and our research determined that the Nexus 6 and Galaxy Note 4 are among the devices that get the pop-up with the redemption codes. So it seems that even if you don’t own a Samsung device you might be able to benefit from the codes, so feel free to try your luck and report back so that we know the free movies are available for your device. The app in itself might come in handy if you’re a movie fan, since it’s got a boatload of trailers, screenplays and announcements you can browse through. Currently the Samsung device list comprises of the Galaxy Tab Pro, Galaxy Note 3, Galaxy S5 and Galaxy S4. As I’ve said above, the Galaxy Note 4 has been reported to receive the redemption code.

My life-long dream has been to test out every gadget on the market! Considering the fact that I've rapidly destroyed almost every gadget I've had so far, I'm not inclined to owning something, so my ideal outcome would be to have a different gadget each month. I'm really into smartphones, wearables and tablets and I love Playstation and Xbox, I'm sure I'll beat you at your own game (after a month of training... or two)
Previous Disney World is finally accepting Apple Pay and Google Wallet
Next HP Chromebook with a 14 inch touchscreen launched today