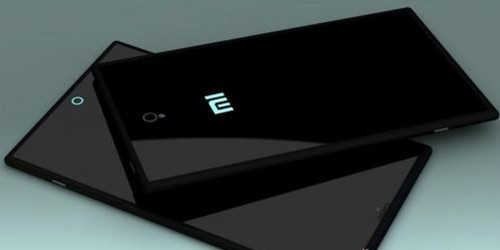 The upcoming Xiaomi flagship for 2015 has been confirmed by Lei Jun, the company’s president. According to Lei Jun, the next Xiaomi flagship will be ready to launch in January 2015 and went on to thank investors and partners for helping with the huge funding of the company. Xiaomi has raised $1.1 billion for further development  in its last funding spree marking a new “phase” for the company. While we don’t know much about the new Xiaomi flagship, it is nice to know that the company remains confident even after the issues it has been having with patent infringement in the past few weeks.

Even though Lei Jun didn’t say Xiaomi smartphone, just flagship device, we think it’s more than likely that he was referring to a phone rather than a tablet or a laptop or some other such technology of the future. As for what kind of phone this flagship will end up being, we have two contenders: the Xiaomi Mi5 and the Redmi Note 2. Either of these two could be the flagship Lei Jun was talking about, but my guess is that the Xiaomi Mi5 is the more likely new arrival.

Even though the Xiaomi Mi4 isn’t very old, nearing the 6 month age, we can still think of it as the upcoming Xiaomi flagship to be launched in January. Since rumors had it that the handset would make an appearance at CES 2015, our supposition becomes pretty possible. Rumored specs for the device put it in line with future flagships like the HTC One M9 Hima, LG G4 and Galaxy S6. According to various leaks, we should expect the Xiaomi flagship to sport a Snapdragon 810 CPU with a 5 inch QHD display. Its price has also been leaked and many think that the handset would be as cheap as $350 upon its China release.

The Xiaomi Redmi Note 2 could as well be the device Lei Jun was thinking about in his announcement, since the phablet is already rumored to be a behemoth with a 5.5 inch QHD display and a Snapdragon 615 CPU backed by 2 GB RAM. Since specs and prices are currently just rumors, take them with a grain of salt. One thing is for sure, though: we will definitely see a new Xiaomi flagship at CES 2015 or later in January.

My life-long dream has been to test out every gadget on the market! Considering the fact that I've rapidly destroyed almost every gadget I've had so far, I'm not inclined to owning something, so my ideal outcome would be to have a different gadget each month. I'm really into smartphones, wearables and tablets and I love Playstation and Xbox, I'm sure I'll beat you at your own game (after a month of training... or two)
Previous Galaxy Note 4 LTE-A announced, set for a January release
Next OnePlus Two listing shows a $500 flagship

We’ve all seen the Sharp Aquos Crystal and its bezel-less design, which was reintroduced with ...