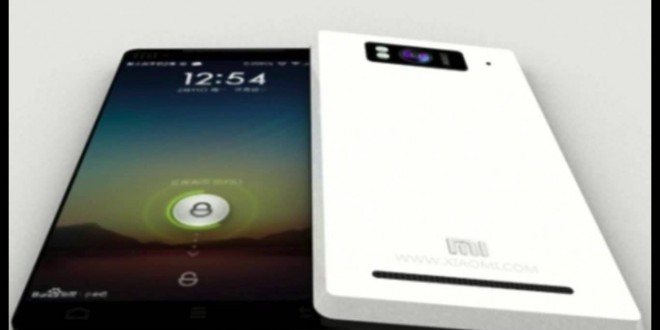 The Xiaomi Mi5 is supposedly the flagship device Lei Jun was talking about earlier, saying that it would be unveiled and launched in January 2015. While the Xiaomi president didn’t mention anything about the flagship being a phone, we’ve two contenders for the spot: the Xiaomi Mi5, whose design and specs were leaked today and the Redmi Note 2. Seeing as fresh leaks suggest the president was talking about the former, let’s see what kind of device we could be seeing in January.

Alleged Xiaomi Mi5 specs include either a 5.5 or 5.7 inch display with a QHD resolution of 1440*2560, which would mean the phone could easily compete with new releases like the iPhone 6 Plus and Galaxy Note 4, and future releases like the LG G4 and Galaxy S6. Besides display, leaks suggest that the Xiaomi Mi5 could ship with a 64 bit Snapdragon 810 CPU, like most flagships we are expecting to see launched early next year, as well as 3 GB RAM under the hood. The phone could have a 20.7 MP rear camera, the same camera appearing in HTC One M9 Hima leaks. Rumors say that the Xiaomi flagship could be a limited edition device and could be called the Xiaomi Mi4s, but we are more inclined to believe the Mi5 moniker for now.

Since Lei Jun suggested a January release for their flagship, our best guess is that the Xiaomi Mi5 should make an appearance at CES 2015. The design of the phone was leaked as well,  showing us thin bezels, an iOS-like skin on top and capacitative button (just how I like’em). While we are not sure how real the device shown in the photos is, the thin bezels are quite attractive. We can see two different devices shown in the leaks, a white and a black one, which could suggest that the Xiaomi Mi5 is ready for “consumption”. Take this rumors with a grain of salt, though, since the company hasn’t confirmed that this is indeed the flagship that would be showing up at CES 2015. It would be nice to see it, though that’s for sure.

My life-long dream has been to test out every gadget on the market! Considering the fact that I've rapidly destroyed almost every gadget I've had so far, I'm not inclined to owning something, so my ideal outcome would be to have a different gadget each month. I'm really into smartphones, wearables and tablets and I love Playstation and Xbox, I'm sure I'll beat you at your own game (after a month of training... or two)
Previous Moto X (2014) vs Samsung Galaxy S5 – Display, specs, price comparison
Next LG G Flex 2 coming to CES 2015 according to unexpected source

Xiaomi Mi4 officially launched for only $325 in India

The Xiaomi Mi4 is the successor of the Xiaomi Mi3 and while the handset has ...