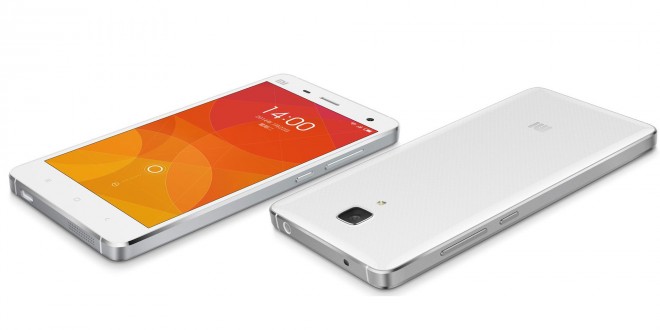 You can now buy the Xiaomi MI4 in India

Xiaomi Mi4 officially launched for only $325 in India

The Xiaomi Mi4 is the successor of the Xiaomi Mi3 and while the handset has been on the Chinese market for almost a year now, the company just launched the device in India today. The launch event didn’t bring anything new to the tablet, save for the regional introduction of the Xiaomi Mi4, pricing and availability information. According to Xiaomi India CEO Manu Jain, the Xiaomi Mi4 will be available in the 16 GB version for starters and it will cost $325 unlocked.

Later on, Xiaomi plans to introduce the 64 GB Xiaomi Mi4 into the Indian market, too, but they didn’t say when. Xiaomi assured Indian customers that there will be between 20 and 40 thousands units available for sale, so that nobody will have to go without a Xiaomi Mi4 if they want it. The handset comes with a great price and specs to match that, too. You get a 5 inch 1080p display, Snapdragon 801 CPU, 3 GB RAM, Adreno 330 GPU, 16 GB internal storage, 13 MP camera on the rear, 8 MP camera on the front and a pretty big 3080 mAh battery unit providing the juice.

The Xiaomi Mi4 has become quite the fierce competitor against Apple iPhones, thanks to its metal design and steel frame. As the company is expanding throughout Asian markets, we can foresee a global expansion where it could come to the U.S. at one point. But before Xiaomi could enter the American market, they need to revise their designs, because otherwise Apple will most likely sue for the iPhone-inspired looks of the Xiaomi Mi4, Xiaomi Mi Note, Mi Note Pro and others. The Chinese company is developing fast and it would be a shame to see it confined to a few markets when it clearly offers high quality smartphones for the half the price you would get them from other OEMs.

We’re rooting for Xiaomi to go global, but some time will certainly pass before that happens. In any case, the Xiaomi Mi4 launch in India is a big step forward and marks a stepping stone in the further development of the Chinese company. Even though Chinese phones are usually perceived as knock-offs, Xiaomi included, this company deserves all the attention it gets because aside from obvious design elements, their devices are one of a kind, powerful machines.

My life-long dream has been to test out every gadget on the market! Considering the fact that I've rapidly destroyed almost every gadget I've had so far, I'm not inclined to owning something, so my ideal outcome would be to have a different gadget each month. I'm really into smartphones, wearables and tablets and I love Playstation and Xbox, I'm sure I'll beat you at your own game (after a month of training... or two)
Previous Galaxy Note 3 Android Lollipop update officially rolling out
Next Apple Watch release date delayed to April