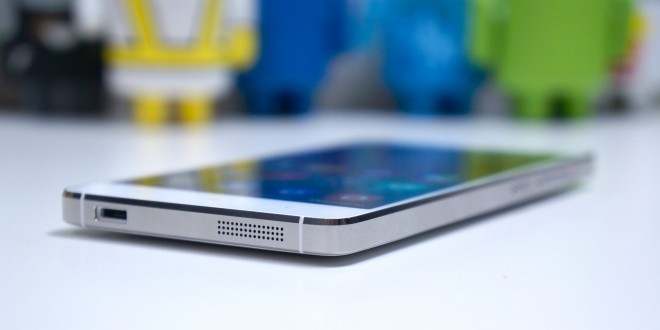 Xiaomi Mi5 will sport a fingerprint scanner, take on TouchID

The Xiaomi Mi5 was supposed to be the upcoming major launch from the Chinese company, but now it seems the Redmi Note 2 will be the star on January 15. Nonetheless, the Xiaomi Mi5 is still in the works and while we don’t have confirmation of its release date or specs, we do have a few new leaks to go by. The Xiaomi Mi4 was a pretty big hit in China and famous around the world for its low price-point and competitive specs, and its successor should be no less notable.

The newest leak involving the Xiaomi Mi5 suggests that it would take on Apple’s Touch ID and Meizu’s own fingerprint sensing technology. That means that even though two-factor authentication is the most popular at the moment, Xiaomi might join the ranks of the super-secure and build a Xiaomi Mi5 handset with a fingerprint sensor. Privacy and security have become the biggest concerns in the online world the past year, since hacks and leaks about personal information of a ton of people have created panic among web-users. The Chinese company might be taking advantage of the craze and subsequently trying to develop a fingerprint sensor that would be able to compete with TouchID and other sensors on various flagships out there.

Much like the Galaxy S5 or iPhone 6 and 6 Plus, the Xioami Mi5 should come with a fingerprint scanner embedded in the home button. If the flagship will indeed launch with the extra-secure feature, it might prove to the world that security on the internet and on your phone is no joking matter and might influence the trend, prompting other manufacturers to use the technology in their own phones. Since fingerprint scanners aren’t a thing of the future anymore, becoming quite easy to embed in devices like the iPad Air 2, the fad (or trend) will take power this year.

Other Xiaomi Mi5 specs include either a 5.5 or 5.7 inch display with QHD resolution as seen on the LG G3 and Samsung Galaxy Note 4, as well as a 64 bit Snapdragon 810 CPU, backed by 3 GB RAM. We could see a 20.7 MP rear camera pop up on the device, as well as an 8 MP front camera. Even though a CES 2015 release date for the Xiaomi Mi5 is unlikely, the Redmi Note 2 taking the spotlight in a couple of weeks, we still might see the device pop up early in 2015.

My life-long dream has been to test out every gadget on the market! Considering the fact that I've rapidly destroyed almost every gadget I've had so far, I'm not inclined to owning something, so my ideal outcome would be to have a different gadget each month. I'm really into smartphones, wearables and tablets and I love Playstation and Xbox, I'm sure I'll beat you at your own game (after a month of training... or two)
Previous Fire Phone 2 to arrive in 2016, no sooner
Next Limited Edition Sony Xperia Z3 phones and tablet released, but you probably can’t buy them

We’ve all seen the Sharp Aquos Crystal and its bezel-less design, which was reintroduced with ...