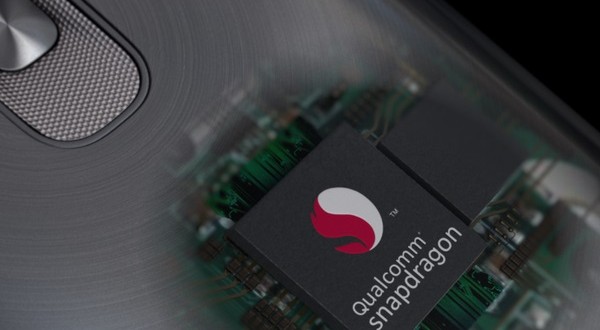 The LG G Flex 2 might not be the most popular search term nowadays, seeing as edge displays like the Galaxy Note Edge and the Xiaomi Arch are getting ahead in popularity. Nonetheless, the LG G Flex 2 release date is allegedly set for CES 2015. The information comes from an unexpected source who hasn’t had much to do with smartphone leaks so far. We’re talking about Qualcomm, the manufacturer of the revered Snapdragon chipsets being used in current and future flagships. Qualcomm teased a new Snapdragon 800-touting smartphone on its Twitter account and our best guess is it’s talking about the LG G Flex 2.

Qualcomm was nice enough to post a photo alongside their teasing announcement about the new apparition at CES 2015 and from the photo, we can clearly see that this is probably an LG phone. Some might say it might be LG G4, but logic dictates that the companies would not team up and put an outdated CPU in a flagship phone that was supposed to launch with the new Snapdragon 810 CPU. Consequently, since we’ve no word on other new devices from LG save for the LG G4 and LG G Flex 2, the latter seems to be the logical and most likely guess.

The flexible, self-healing LG G Flex 2 should come as the newest iteration of a bendable phone from the company, and since we already know what kind of CPU it will boast thanks to Qualcomm, you might be interested in knowing the other specs. Since the device hasn’t been confirmed yet, all we can do is base a characterization off of rumors and leaks, so take the specs with a grain of salt. The handset could sport an extremely flexible hard-rubber chassis which would allow for crazy bending angles, but it could also sport an upgraded type of self-healing coating, as seen on the original LG G Flex. While we don’t have too much info on display size, we do recon it will some sort  of HD or FHD display that is based on plastic (read: durable and bendy). Although Qualcomm didn’t say that the device they were talking about in the tweet is actually the LG G Flex 2, it would be time for LG to renew that line and come up with something upgraded. CES 2015 is not far, so be patient until be hear more.

My life-long dream has been to test out every gadget on the market! Considering the fact that I've rapidly destroyed almost every gadget I've had so far, I'm not inclined to owning something, so my ideal outcome would be to have a different gadget each month. I'm really into smartphones, wearables and tablets and I love Playstation and Xbox, I'm sure I'll beat you at your own game (after a month of training... or two)
Previous Xiaomi Mi5 design and specs leaked, phablet FTW
Next Galaxy A5 and Galaxy A3 up for sale in the U.S.

Qualcomm, one of the most popular mobile chipset manufacturers, has detailed its views about smartphone ...