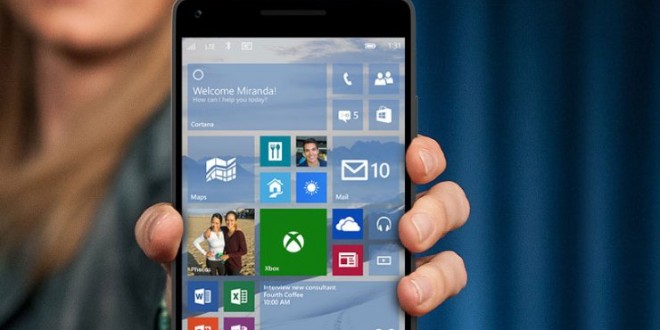 Microsoft announced a surprising partnership with Xiaomi, starting with enhancing the Xiaomi Mi4 with Microsoft’s own Windows Phone ROM. The partnership means that users who choose to, will be able to flash a Windows Phone ROM onto the Xiaomi Mi4, a feature which will most likely expand to all Android smartphones in the future. Until now, Windows Phone came pre-installed, so to speak, and you couldn’t really get it to work on any other smartphone that’s not running it by default. Microsoft seems to be gathering some brand awareness and if the ROM is going to be completely free, like Windows 10, the popularity of the platform might grow exponentially.

A healthy batch of Xiaomi Mi4 photos showing off the new Windows Phone ROM in full effect have surfaced online, after Microsoft and Xiaomi agreed to let users and fans test out how the Xiaomi Mi4 worked in conjunction with the rather unfamiliar operating system. Most of the opinions from the testers were positive, although they did emphasize the fact that they were not used to the user interface Windows Phone offers, which is inherently different from that found on Android smartphone. The photos you’ll be seeing in the gallery are courtesy of MyDrivers.

With the move to the Xiaomi Mi4, Windows Phone is gaining more traction in the Android smartphone market and the Redmond giant might just be onto something here. With the announcement that Windows 10 will be a free upgrade for Windows 7 and 8 users, even if their software is not genuine, Microsoft is clearly trying to broaden its fanbase. With the additional Xiaomi Mi4 Windows Phone ROM, the tendency goes on and in my opinion, it might just turn out to be one of the most successful partnerships of the past few years. Seeing as the Xiaomi Mi4 and all Xiaomi smartphone for that matter, target mainly the Chinese market where Windows adoption is not that widespread, Microsoft could be tapping into a market that will not only grow its fanbase but help its world-wide awareness and popularity, not to mention revenue. Take a look at the gallery below to see how Windows Phone looks like on a Xiaomi Mi4.

My life-long dream has been to test out every gadget on the market! Considering the fact that I've rapidly destroyed almost every gadget I've had so far, I'm not inclined to owning something, so my ideal outcome would be to have a different gadget each month. I'm really into smartphones, wearables and tablets and I love Playstation and Xbox, I'm sure I'll beat you at your own game (after a month of training... or two)
Previous ISPs required by law to block torrent and piracy sites
Next Square Enix Wants Feedback on FFXV Episode Duscae