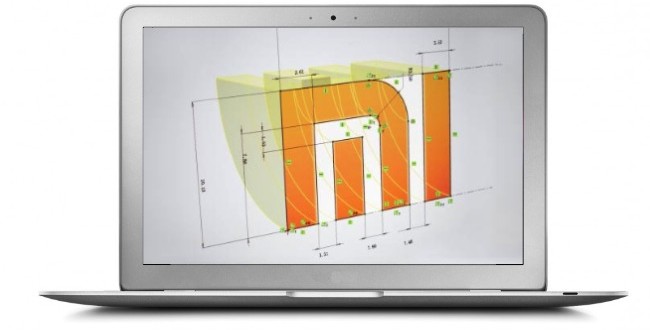 Cheap and awesome Xiaomi laptop leaked, up for pre-order

Xiaomi laptop with awesome specs up for pre-order

Yes, you read that right, a Xiaomi laptop. Even though the Chinese company is mostly renowned for its smartphones, that doesn’t mean it doesn’t dab into other tech gadgets as well. The most recent leak involves a pretty awesome-ly specced Xiaomi laptop that has appeared online, up for pre-order. The massive Xiaomi laptop seems like a steal, as its price tag isn’t too hefty, either, which would make it a certain hit among notebook fans. The laptop has been previously leaked with a spec-sheet, but now we’ve got some photos and an updated spec- and price-sheet we can go on.

Lei Jun, Xiaomi president, stated that we would be seeing a new flagship from the company in January, and while we hope it’s the Xiaomi Mi5, this laptop could also be it, seeing as it harbors high-end hardware at an affordable  price. Enough chit-chat, let’s see what the Xiaomi laptop is actually packing! According to rumors (read: to be taken with a grain of salt), the laptop will feature a 15.6 inch display with a 1080*1920 resolution, Intel Core i7 CPU with Linux OS, 8 GB DDR3 RAM, an Nvidia GeForce GTX 760M graphics unit and either 8 or 16 GB internal storage. Those are great specs for a compact Xiaomi laptop and the current price tag listed on the pre-order form is $710, which is quite a decent number.

Earlier leaks suggested that the Xiaomi laptop price would be even lower, somewhere around $480, which would have been an outrageous price for the pretty high-end specs the notebook boasts with. The newer leak suggests otherwise and to be honest, it seems more realistic. Not to say that we would be surprised to see such competitive pricing from the company since it is famous for great prices on their gadgets, including smartphones. Even though the laptop is up for pre-order, shipping date or commercial availability isn’t detailed. We could assume the laptop should be ready by February 2015, but since the company hasn’t confirmed that, we will sit tight and hope for the best.

My life-long dream has been to test out every gadget on the market! Considering the fact that I've rapidly destroyed almost every gadget I've had so far, I'm not inclined to owning something, so my ideal outcome would be to have a different gadget each month. I'm really into smartphones, wearables and tablets and I love Playstation and Xbox, I'm sure I'll beat you at your own game (after a month of training... or two)
Previous Android 5.0 bug causing memory leaks has now been fixed
Next Moto X (2014) vs Samsung Galaxy S5 – Display, specs, price comparison