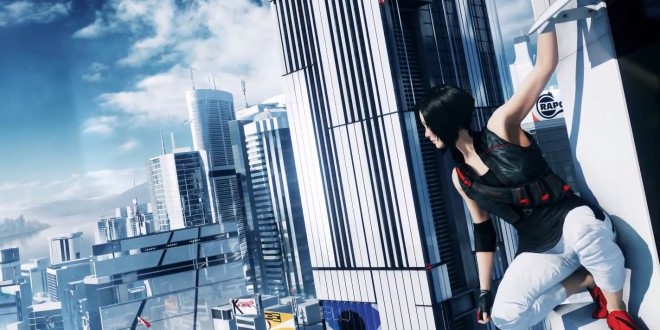 After its announcement in the summer of 2007, EA DICE’s Mirror’s Edge wowed gamers with its impressive graphics and clean artistic style and innovative control scheme. In the year that followed, Mirror’s Edge was released on both Xbox 360 and Playstation 3, then later on PC with updated visuals. With the praise it received, the aggregated score of 81 on Metacritic, and a devoted cult following, it should surprise no one that the E3 announcement in 2013 has been followed up with many internet searches for the next drip of information concerning Mirror’s Edge 2.

EA DICE seemed to understand the devoted interest from fans as they’ve been reluctant to reveal anything about the game. Other than a redesign of the game’s main protagonist, Faith, and the various enemies and terrain, not much has been learned about the new title. But according to Attack of the Fanboy the Microsoft Store may have revealed their hand prematurely. At present, Mirror’s Edge 2 is listed as available for pre-order for the Xbox One and PC for $59.99. There have been no mentions to the contrary, and it is expected that the title will be available for Playstation 4 as well. If pre-ordered through Microsoft, however, purchasers will be gifted a $10 Microsoft gift card. The deal it set to expire December 31, 2015. Many will recognize that end-of-year date as a commonality in the games industry when a game is set to release at some point in that year.

Karl-Magnus Troedsson, CEO of EA DICE, told Eurogamer that the game is being given a great deal of attention and the creative team is striving to give fans and new players something very different to what the rest of publishers have on offer. According to Troedsson, resources were pooled to give Mirror’s Edge 2 enough time to innovate seems to stand in line with their secrecy up to this point, but if developers of consoles are to take orders it may signal some internal pressure to get the game to market.

I’m Load The Game’s co-founder and community manager, and whenever I’m not answering questions on social media platforms, I spend my time digging up the latest news and rumors and writing them up. That’s not to say I’m all work and no fun, not at all. If my spare time allows it, I like to engage in some good old fashioned online carnage. If it’s an MMO with swords and lots of PvP, I’m most likely in it. Oh, and if you’re looking to pick a fight in Tekken or Mortal Kombat, I’ll be more than happy to assist! Connect with me by email markjudge (@) loadthegame.com only
@@MarkJudgeLTG
Previous Elder Scrolls Online To Go Free To Play
Next Quantum Break Gets Release Date