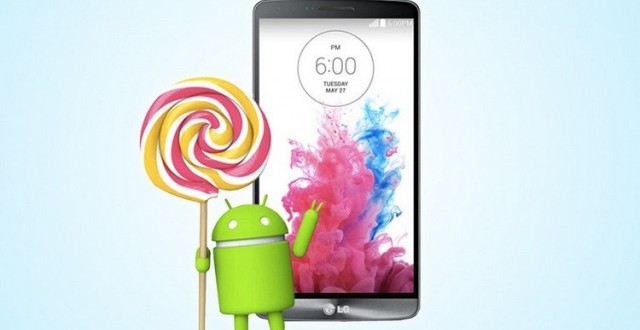 LG G3 to receive Android 5.0 Lollipop OTA update in a matter of days

Not a whole lot of LG G3 users can claim to be running Android 5.0 Lollipop or later at the moment even though the rollout technically began last year. Unsurprisingly, the update is taking its sweet time and has so far been mostly limited to South Korean, Europe, and a handfull of other markets. Android 5.0 Lollipop only started rolling out across the majority of Europe last week and now it finally seems ready to grace some other countries as well. The next country in line to receive it will apparently be Australia according to Gizmodo. The article says that official sources from LG Australia have told local LG G3 owners about the good news so this is more than just a rumor.

Moreover, it seems that Android 5.0 Lollipop will begin rolling out OTA for LG’s flagship in just  a couple of days. LG G3 owners in the country can reportedly start expecting to see the update on their devices as soon as this Friday, January 23rd. As per usual, the update will continue its frustratingly slow rollout and will take several weeks before it reaches all the users. While some LG G3 owners will be able to enjoy the latest major update to the popular operating system in just a few days, the majority will not be able to check out Android 5.0 Lollipop for themselves before the end of the next month.

As for users in other parts of the world, some LG G3 owners in the United States, India, and the UK already have the update while others are still waiting for it. If you still haven’t received Android 5.0 Lollipop OTA just yet, you may have to look into ways of installing it yourself. However, the better option would be to just be patient as the updated is guaranteed to reach everyone eventually.

I’m Load The Game’s co-founder and community manager, and whenever I’m not answering questions on social media platforms, I spend my time digging up the latest news and rumors and writing them up. That’s not to say I’m all work and no fun, not at all. If my spare time allows it, I like to engage in some good old fashioned online carnage. If it’s an MMO with swords and lots of PvP, I’m most likely in it. Oh, and if you’re looking to pick a fight in Tekken or Mortal Kombat, I’ll be more than happy to assist! Connect with me by email markjudge (@) loadthegame.com only
@@MarkJudgeLTG
Previous Xperia Z4 rumor round-up: QHD or FHD?
Next Motorola Droid Turbo Lollipop update news