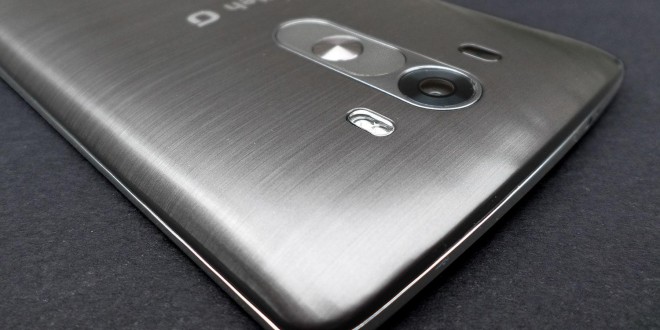 There are some of you out there with the latest flagship from LG, the LG G3, who are complaining about battery issues. LG G3 battery drain isn’t common and you might be among the lucky ones who don’t experience such problems with the flagship. For those of you who are experiencing severe LG G3 battery drain, we have a few causes and a few suggestions on how you might attempt to fix them.

There are quite a few problems with smartphones these days, either because software and hardware sometimes don’t match or because the latest software update impacted some crucial functions in your phone, leading to bugs. The most common LG G3 issues include unwarranted battery drain, disappearing apps, call audio glitches that causes your calls to fade in and out, application errors, dysfunctional LED light, slow charging, WiFi dropping, overheating, general lag and random start-ups.

Since most of the bugs mentioned above have been fixed with the Android 5.0 Lollipop update for some people, or various miscellaneous updates since the LG G3 was released, we are going to address the remaining biggest issue, the LG G3 battery drain. If you are experiencing moderate battery drain, you should first check which app is using most of your battery. If that app is suspicious or new, you would be better off getting rid of it and see if that solves the problem.

Many people reporting LG G3 battery drain forgot that the QHD display uses quite a lot of power, and leaving autobrightness on or using the display at 100 % brightness will seriously impact battery life. Consequently, you should turn autobrightness off and set it yourself to about 40 % when it comes to general use. At the same time, if you didn’t have an app eating away at your batter and brightness set to acceptable levels, you should try using the battery saver option and see if there is any notable improvement.

One of the other culprits that might be responsible for LG G3 battery drain is actually the microSD card. While that shouldn’t be a problem for phones in 2015, it’s not unheard of for it to cause overheating and battery life problems. If you are using a 128 GB microSD card in your LG G3, consider switching to a smaller card to see if that helps. Users have reported that switching to a 64 GB memory card helped with both overheating and battery drainage. If you have another 128 GB microSD card laying around from a different brand, you can try that to see if the previous card had a problem with the phone. If you want to make sure that your microSD card is causing the LG G3 battery drain, try the GSAM Battery Monitor and check which process is using up most of your battery. If it shows up as SYSTEM (SD), then it is your microSD.

Another factor in LG G3 battery drain is actually stemming from Google Services. Many people have diagnosed Google Services as the major battery eater in most Android phones. If you are not reliant on Google, you may disable Google Services and see if that helps. You can also do a factory reset without restoring the apps from the Google Play Store. If that seems to fix the LG G3 battery drain, you should start bringing back essential apps one by one to see if there’s one that puts a lot of strain on your battery. One of the last things you could try is changing the battery. Good luck!

My life-long dream has been to test out every gadget on the market! Considering the fact that I've rapidly destroyed almost every gadget I've had so far, I'm not inclined to owning something, so my ideal outcome would be to have a different gadget each month. I'm really into smartphones, wearables and tablets and I love Playstation and Xbox, I'm sure I'll beat you at your own game (after a month of training... or two)
Previous Moto X vs Motorola Droid Turbo: price, specs, features compared
Next Facebook to charge $2.99 monthly fee starting November

LG had promised that the LG G3 Android Lollipop update would roll out soon two ...