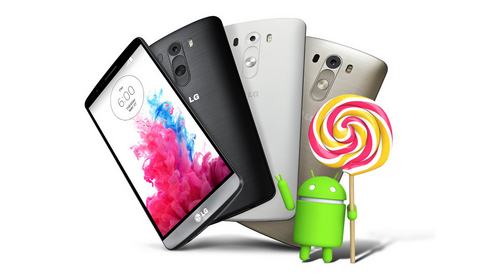 Verizon is once again (very) very late to the party when it comes to Android updates. Finally, after a lot of waiting, Verizon has started rolling out the LG G3 Android 5.0 Lollipop update, and it’s not even 5.0.2, it’s the first version, aka Android 5.0 Lollipop. While others are already getting the LG G3 Android 5.0.2 update and are waiting for Android 5.1, Verizon finally approved their 5.0 build and is sending it out OTA to units across the United States. Truth be told, only unlocked LG G3 units have Android 5.0.2 Lollipop now, but you can still get a ROM with the newer software for carrier versions of the phone if you are willing to root.

We’ve no exact release date for the new LG G3 UX, but rumors say that it would be sent out OTA once the LG G4 is launched on April 28.  That’s just a rumor, but it sounds like the most plausible scenario. Even though many are excited about the LG G4 release date, there are few reasons to actually drop the LG G3 and upgrade, since the LG G3 flagship is one of the best smartphones released in 2015. If carriers manage to send out timely Android 5.0 Lollipop updates and the subsequent releases, this smartphone will definitely remain as top-notch as the rest. It can even compete against the newly released Galaxy S6 brothers and the HTC One M9, although performance and camera performance won’t stack up to the new launches. But for a daily driver that is as future-proof as possible, all the while staying affordable and up to date, the LG G3 could be an excellent option. The gist of it is: gear up Verizon customers, the LG G3 Android 5.0 update is on its way. Or get your hands on a nice custom ROM. Your choice.

My life-long dream has been to test out every gadget on the market! Considering the fact that I've rapidly destroyed almost every gadget I've had so far, I'm not inclined to owning something, so my ideal outcome would be to have a different gadget each month. I'm really into smartphones, wearables and tablets and I love Playstation and Xbox, I'm sure I'll beat you at your own game (after a month of training... or two)
Previous GTA 5 PC Release – Exact hours detailed
Next Twitter showing weakness in front of Meerkat