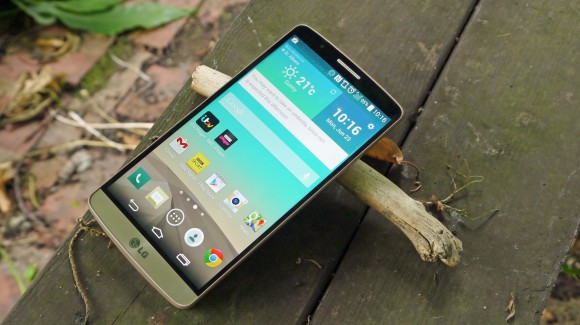 LG had promised that the LG G3 Android Lollipop update would roll out soon two days ago in an official statement, yet nobody has received it in the U.S. as of yet. Even though many are aware that the update is being rolled out in stages and that it might take some time for every carrier to do their tricks, it seems that LG is losing support from fans.

LG G3 users have flocked to Twitter, as well as Reddit to voice their indignation about the Android 5.0 Lollipop update delays. The LG G3 Android Lollipop update had hit certain countries in Europe and Korea at the end of 2014, so users are getting anxious as to why LG didn’t release it to U.S. carriers just as speedily. Vodafone has already released the update in the UK as well, so it’s really time for U.S carriers to do the same. While we know that the update process isn’t as fast as it was with Android 4.4.4 KitKat because the rollout is done in stages, we did expect LG to keep the “soon” promise earlier.

Redditors and  people on Twitter are saying that LG is choosing who to send the AOSP build out to first based on “loyalty” as they say, which would mean where the device is most popular. Even though the approach seems logical, people are close to outrage as to why LG didn’t do it carrier by carrier. Maybe it would have been a better choice from the point of view of those that are able to port ROMs based on the latest LG G3 Android Lollipop release, but that doesn’t seem too likely, as you can build ROMs based on builds from any country or carrier.

Some are saying that the company is to blame for the delayed release of the LG G3 Android Lollipop update, while others emphasize carriers as being at fault. That seems more likely, as every carrier has to add their own apps, bloatware and tweaks to the software before releasing the update to their devices. That process can get really lengthy if apps start causing problems on the new software and the carrier needs to tweak them all over again.

In any case, at least we have official confirmation from LG that the LG G3 Android Lollipop update is coming soon to the U.S., so we would expect it to hit at least some devices by the end of the month. If that turns out to be just false hope, the most likely date we’ll see the OTA rolling out will be the first week of February. By Valentine’s Day, most LG G3 units in the U.S. should be getting a taste of Material Design, but don’t take our word for it.

My life-long dream has been to test out every gadget on the market! Considering the fact that I've rapidly destroyed almost every gadget I've had so far, I'm not inclined to owning something, so my ideal outcome would be to have a different gadget each month. I'm really into smartphones, wearables and tablets and I love Playstation and Xbox, I'm sure I'll beat you at your own game (after a month of training... or two)
Previous Galaxy S6 vs HTC One M9 Hima: which will be more spectacular?
Next The Witcher 3’s Sex Scenes Will Serve a Purpose