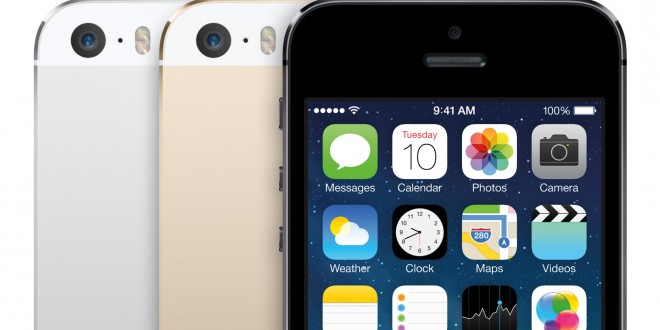 The iPhone 5S is now the less interesting flagship from Apple, which means that some deals might be surfacing in the next couple of weeks in case you would rather have last year’s competent flagship than this year’s expensive ones. The iPhone 5S price hasn’t dropped too much since the iPhone 6 and 6 Plus were launched, but you can still get great deals if you are willing to sing a two-year contract, or are willing to get your hands on a refurbished phone.

In this quick article, we will inform you of what U.S. deals are now up at online retailers involving a drop in the iPhone 5S price. If you go to the physical stores, you might be able to get more discounts, especially if you have coupons or member cards. If you prefer shopping online, here are a handful of deals that you could check out. The biggest price cuts are on cases, as usual, so you should check those out too, because you can get nice silicone or hard-cover cases for under 3 bucks.

Best Buy has a great deal on the 32 GB iPhone 5s with Verizon, AT&T and Sprint contracts. That means that if you want to renew your contract or sign up for one, you can buy the iPhone 5S for $200, which is a $100 discount on the 32 GB model. You can get the Space Gray, Silver and Gold variants. Another good offer Best Buy now slashed the iPhone 5S price to $300 for the 64 GB version in either Gold, Space Gray or Silver with all the three carriers mentioned above.

At Amazon, you can get a 16 GB iPhone 5S in Gold or Space Gray, unlocked, for $480. If you are content with going for a used device, you might be able to score one of these for around $300, although you can buy a new phone for that price. You can also go for a 32 GB iPhone 5S in Space Gray, which will set you back $550 unlocked if new, or $330 if you opt for a used one. If you would rather buy the 64 GB iPhone 5S, you will have to muster up around $580 if you want it new, or about $370 if you want it used. These deals are not that spectacular, but they do save you some money in case you are looking to buy an iPhone 5S internationally or otherwise. If you come across better deals with higher savings, feel free to comment below and let us now.

My life-long dream has been to test out every gadget on the market! Considering the fact that I've rapidly destroyed almost every gadget I've had so far, I'm not inclined to owning something, so my ideal outcome would be to have a different gadget each month. I'm really into smartphones, wearables and tablets and I love Playstation and Xbox, I'm sure I'll beat you at your own game (after a month of training... or two)
Previous Samsung Galaxy Core 2 vs Samsung Galaxy Ace 4 – Budget smartphones compared
Next Microsoft HoloLens: this is what the future looks like