Breaking News
Home » Mobile » Could Amazon Be Developing a Smartphone? 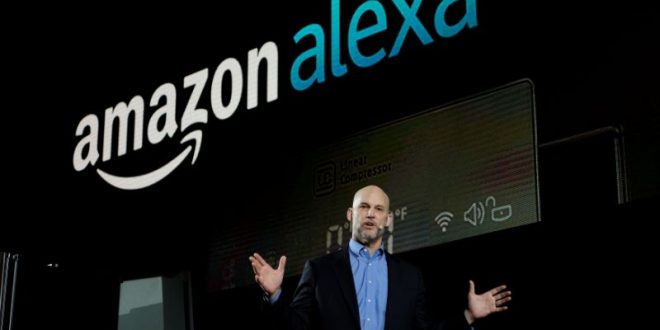 In the past couple of years, Amazon has quickly expanded away from its origins. Sure, it’s still one of the largest online retailers in the world, but now they’re aiming to be so much more. With a product line up that’s incredibly varied and a huge amount of cash on hand, Amazon is funneling their crazy profits right back into the company and quickly becoming a tech behemoth rivaling the likes of Google. From the kindle to Prime video and music streaming to Amazon’s Echo, the company is reaching into many products and services and establishing itself as an important part of many people’s lives.

People are increasingly becoming attached to mobile devices, so it only makes sense that Amazon is rumored to be developing a Smartphone – perhaps featuring virtual assistant Alexa. On Saturday, Amazon submitted an application to the Federal Communications Commission (FCC) asking for a five-month experimental Special Temporary Authority to operate on selected channels on some mobile bands. While this application in no way confirms a phone from the company, the fact that Amazon has applied for authority to work on mobile frequency lends credence to the rumor.

The company also asked for the “evaluation of variety of antenna orientations and heights.” Antennas are also a big part of mobile technology and cell phones, so it would make sense that Amazon requested these permissions if they were looking to add a smartphone to their lineup.

The technology for a virtual-assistant-assisted smartphone is all there. Amazon has made huge strides with Alexa since the original release of the Echo in 2014, with the personal assistant continually getting more useful and smarter. It would be a logical segue to apply the Alexa technology to a phone. Only time will tell if Amazon has a smartphone in development, but it’s definitely a logical conclusion given this news.

My name's Zach and I'm a college student supporting myself with freelance writing as I finish my degree. I largely focus on technology news and reviews for LoadTheGame, though I do report on games from time to time.
@zr566762
Previous Windows 10 High-Performance Game Mode Coming Soon
Next Samsung Unveils New Gaming Laptops