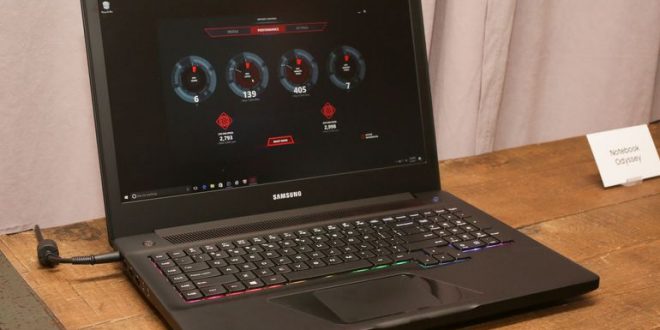 CES 2017 had lots of exciting technology to show. From Virtual Reality to Smart Homes to self-driving cars, the expo showed off some of the newest and hottest technology. Computers and gaming are still a huge part of the show, however, and Samsung had some new models of gaming laptops to share. The technology giant also announced a partnership with Google to roll out new Chromebooks that can use Android applications.

Samsung hasn’t made a serious push into the PC gaming market, but research shows that while PC sales in general are falling, PCs designed for gaming are maintaining or even increasing sales. It only makes sense that a company known for producing some of the most powerful smartphones makes a foray into the gaming laptop environment. The new Samsung gaming laptops are the Notebook Odyssey 15 and the Notebook Odyssey 17. Both laptops cater to the hardcore gamer with a beefy Intel Core i7 desktop-class processor. The Odyssey 15 is available with up to 32 gigs of RAM with the 17 capable of using up to a whopping 64 gigs. The 15 has a 256G solid-state Drive and a 1 TB hard-disk, while the 17 has a 512G SSD and a 1 TB HDD. One major detractor to purchasing a laptop is the lack of the ability to upgrade parts. Samsung seems committed to convenience with these entries, making the RAM and storage drives easy to access and simply swappable.

For graphics, the Odyssey 15 features an NVIDIA GTX 1050 and it can be assumed that the Odyssey 17 has a slightly more powerful chip. Gamers may be disappointed that the screen is only 1080p rather than 4k, but initial testing of the device seems to show that the display is still beautiful and powerful. As is the trend recently with gaming laptops, both the Odyssey 15 and the Odyssey 17 come with back-lit keys – red for the 15 and multi-colored for the 17.

The Chromebooks are on the opposite end of the sprectrum in terms of power, but more excitingly this partnership between Samsung and Google will produce the first two Chromebooks that can access the millions of apps on the Google Play store. The laptops will also function as a tablet, and a stylus will be included with each Chromebook allowing users to draw on the display. 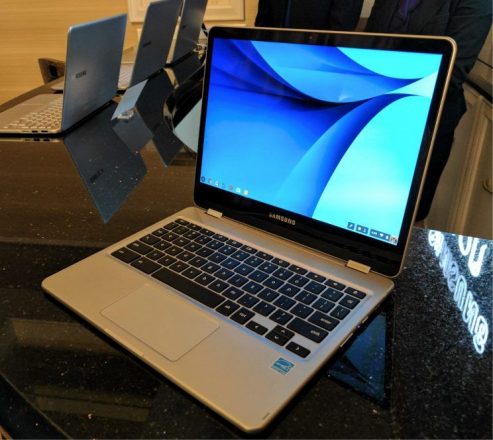 My name's Zach and I'm a college student supporting myself with freelance writing as I finish my degree. I largely focus on technology news and reviews for LoadTheGame, though I do report on games from time to time.
@zr566762
Previous Could Amazon Be Developing a Smartphone?
Next New Leak Gives More Information About Apple’s iPhone 8.

Photoshop is coming to the Chromebook

Google announced that, as of today, they have signed on a partnership with Adobe. This ...