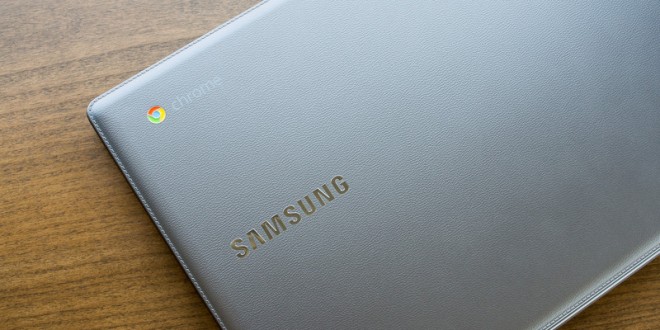 The first Chromebook launch by Samsung was fairly successful and has reported pretty good popularity among casual and enterprise users as well. Many users did report that the Exynos chip Samsung included in the previous Chromebook didn’t perform too well, especially when it came to multi-tasking. Samsung has heard its users issues and complaints and has decided to launch an Intel variant of its Chromebook 2 for the cheap price of $250.

The re-vamped Intel Chromebook 2 doesn’t bring any other improvements than the minor metal reinforcements added and the Intel Celeron chip taht should make the Chromebook 2 more powerful than the Exynos powered one. The sub-par performance of the Exynos Chromebook 2 should definitely be outdone by the Intel chipset, which should allow for faster scrolling, tab switching as well as interacting with web pages. Music streaming with Google Play Music or Pandora should also see some improvements, as well as Chromecasting. We wonder how the Intel chip will be affecting the battery life on the Chromebook 2, since the Exynos edition could muster up about 6 hours of mixed use. Even though Samsung advertised at least 8.5 hours of mixed use on the notebook, the 6 hour mark would usually be a long-shot with most users, according to reports.

My life-long dream has been to test out every gadget on the market! Considering the fact that I've rapidly destroyed almost every gadget I've had so far, I'm not inclined to owning something, so my ideal outcome would be to have a different gadget each month. I'm really into smartphones, wearables and tablets and I love Playstation and Xbox, I'm sure I'll beat you at your own game (after a month of training... or two)
Previous Nvidia Shield tablet getting Android 5.0 Lollipop
Next Moto X (2014) available for only $50 at Verizon for a very limited time