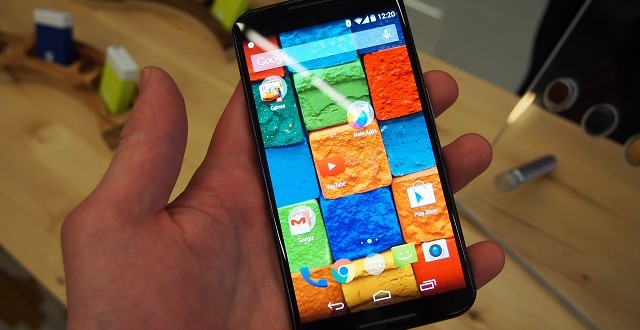 Verizon Wireless has a very special promotion for those of you who were looking to get your hands on the Motorola Moto X (2014) smartphone. The device normally goes for $500 unlocked or even more depending on whether or not you want to customize it with the Moto Maker. On contract, the handset usually costs $100, but Big Red is now offering it at half that price for a limited time. Signing a two-year contract with the carrier will allow you to purchase the Moto X (2014) for the cheap price of only $50. However, you have to act quickly if you’re interested because the promotion only lasts until Monday, October 20. The promotion is only available for the 16 GB Moto X (2014), but the good news is that you will still be able to customize it with the Moto Maker.

As for the smartphone itself, the Moto X (2014) was only announced last month during the IFA Trade Show in Berlin and has generally received positive reviews thus far. The device comes equipped with a 5.2-inch AMOLED display complete with 1080 x 1920 resolution, 424 pixel density and Corning Gorilla Glass 3 protection. A quick peak under the hood reveals a Qualcomm Snapdragon 801 quad-core processor clocked at 2.5 GHz with Adreno 33o GPU and 2 GB of RAM. The Moto X (2014) also features a 13MP primary camera along with a 2 MP secondary shooter, 16 GB/ 32 GB non-expandable internal storage memory options and a 2,300 mAh battery pack. The Moto X (2014) currently runs on the Android 4.4.4 KitKat operating system, but Motorola has recently announced that it will upgrade in due time to Android Lollipop.

All in all, this is one of the best handsets available on the market and definitely worth checking out. For more information on Verizon’s limited time offer follow this link to Motorola’s website. While you’re there make sure to also check out all the customization options offered by the Moto Maker.

I’m Load The Game’s co-founder and community manager, and whenever I’m not answering questions on social media platforms, I spend my time digging up the latest news and rumors and writing them up. That’s not to say I’m all work and no fun, not at all. If my spare time allows it, I like to engage in some good old fashioned online carnage. If it’s an MMO with swords and lots of PvP, I’m most likely in it. Oh, and if you’re looking to pick a fight in Tekken or Mortal Kombat, I’ll be more than happy to assist! Connect with me by email markjudge (@) loadthegame.com only
@@MarkJudgeLTG
Previous Intel-powered Chromebook 2 launched by Samsung
Next iPad Air 2 and iPad Mini 3 can now be pre-ordered from the Apple Store