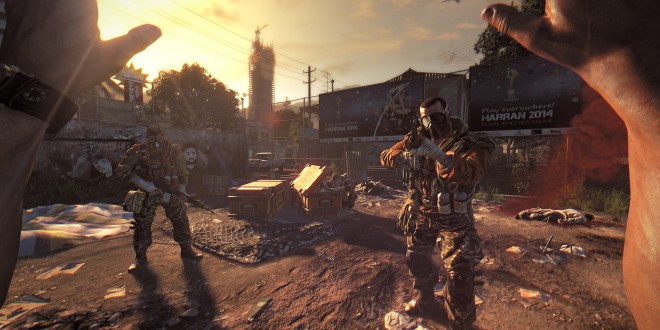 The latest zombie title from Techland, the creators of the Dead Island series, may no longer support mods on PCs. Dying Light mods were targeted by a recent patch and DMCA (Digital Millenium Copyright Act) takedown notice, if a recent Reddit post (via Eurogamer) is to be believed. The post indicates that the recent patch v1.2.1 prevents the game from “looking for certain overrides in the Documents\DyingLight directory, such as the files that contain weapon data, zombie stats, and map properties.” There is no indication of this restriction in the patch notes for the game. They only indicate that it “blocked cheating by changing game’s data files.”

“If that wasn’t bad enough, Techland, via their publisher Warner Bros (an ESA member), is using the ESA’s partnership with MarkMonitor to file DMCA claims against mods. Yes, they’re abusing the DMCA to fight modders. They’re not fighting software piracy; they’re fighting customers, enthusiasts, fans.” – excerpt from the Reddit post

The previously-mentioned DMCA takedown notice affects a mod that was used to disable the game’s film grain. This small mod allowed players to experience Dying Light without this ever-present filter. It was distributed through sites, like MediaFire and TinyUpload. Now it has been removed from these services due to an anti-piracy claim by the Entertainment Software Association (ESA). The ESA is an industry group that serves the business and public affairs needs of video game publishers. It counts Dying Light’s publisher, Warner Bros. Interactive Entertainment, as one of its members.

Dying Light is a first-person title set in a zombie-infested city, Harran. Players assume the role of an undercover operative who has been ordered to locate a rogue agent. Fans of the developer will find it familiar with many feature coming from the Dead Island series. Crafting melee-based weapons will allow players to survive the hordes of zombies, while making their way across rooftops and through back alleys using the new freerunning mechanics. The zombies aren’t much of a threat until the sun disappears below the horizon. They gain increased senses, as well as movement abilities at night. This makes them far more of formidable foes. Players would do well to avoid them.

Load The Game has contacted Techland and Warner Bros. Interactive Entertainment for comment and will update this story as more details become available.

I'm a gamer and a massive fan of anime. I'm a massive simulator geek. Who isn't? Simulators offer me the opportunity to experience something I wouldn't otherwise. Have you ever driven a train? I haven't, and I probably never will. However Train Simulator 2015 gives me the opportunity to experience what it might be like. I'm also a big train and space exploration geek.
@ivanmashkov
Previous Dying Light Review: An Adrenaline-Packed Good Time
Next MWC 2015: Sony hosting a conference on March 2