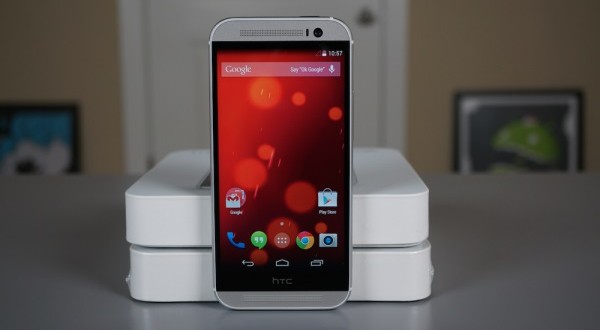 Lollipop rolling out to the HTC One M8! In India.

HTC One M8 Android Lollipop update rolling out in India

Indian users are gladly reporting that a fairly large Android 5.0 Lollipop accompanied by Sense 6 is being installed on their HTC One M8 units and it seems it’s not just a soak test this time. Even though the company tried keeping the 90 day window they promised for the release, they are already overdue, at least for the U.S.A. 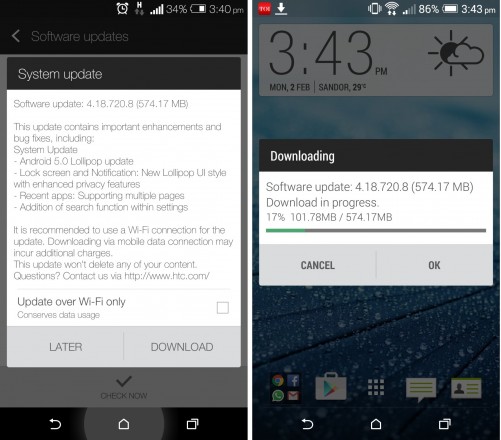 With the OTA rolling out in more and more regions, American HTC One M8 owners are getting frustrated as to why the update is so late in the States. At the risk of sounding repetitive, users should be aware that each carrier has to add their own tweaks to the software and give the OK to it before releasing it to the public. Some OEMs might take longer than others to be ready with a final version of the update, so be patient.

Many say that the HTC One M8 is just as fun and powerful with Android 4.4.4 KitKat on board, so try and enjoy that a little more while you can. If you’re not content and are feeling fits of anger coming up on you, try a custom ROM for Pete’s sake, it might just be even better than Android 5.0 Lollipop. Try CyanogenMod 12, it’s based on Lollipop, it’s free and it’s also fairly easy to flash.

My life-long dream has been to test out every gadget on the market! Considering the fact that I've rapidly destroyed almost every gadget I've had so far, I'm not inclined to owning something, so my ideal outcome would be to have a different gadget each month. I'm really into smartphones, wearables and tablets and I love Playstation and Xbox, I'm sure I'll beat you at your own game (after a month of training... or two)
Previous MWC 2015: Sony hosting a conference on March 2
Next Moto G LTE 2014 officially available, though expensive