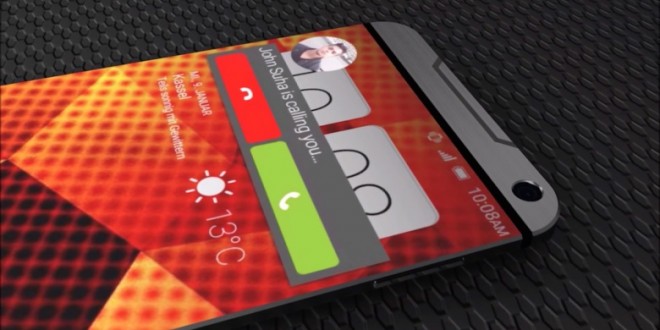 The HTC One M9 release date might be in February

A new HTC One M9 leak has surfaced today courtesy of @upleaks and the specs point towards a revamped device which doesn’t really corroborate previous leaks. While we’re not sure if upleaks is talking about the flagship HTC One M9 or about its phablet-version, the One M9 Plus or Ace or whatever, we’re still intrigued. The most interesting part of the new information is that it pegs the HTC One M9 release date for February 2014, which is a long way from MWC.

Most rumors you find on the internet point towards MWC 2015 as the host of the One M9 launch event, but since upleaks has been a trustworthy leaker in the past, we can’t help but wonder if their information is correct this time. The leak suggests that HTC will be ready with the new flagship earlier than expected, which would be a good strategy on the part of the company as it would thwart a bit of the competition coming to the MWC next month.

In the info provided, we get a glimpse at specs, display and camera setup on the HTC One M9, and they are surprising to say the least. While many are expecting a 5 inch FHD display on the flagship, upleaks suggests a 5.5 inch QHD display, which wouldn’t be that smart since it would drain the “small battery under 3000 mAh” like crazy. This time, we hope upleaks is wrong or is talking about a variant of the HTC One M9, and not the main attraction. Besides the display, the leak suggests that instead of a Snapdragon 810 CPU, we’ll get treated to a 64 bit MediaTek MT6795 chipset backed by 3 GB RAM and 32 GB internal storage.

The camera setup for the HTC One M9 will supposedly be a 20 MP camera on the rear with an LED flash and a massive 13 MP or 4 MP Ultrapixel camera on the front. While we vote for the former, most rumors suggest that the latter is a more likely development. Naturally, Android 5.0 Lollipop will be running the show and upleaks confirms that Sense 7.0 should also see the light of day upon launch of the flagship. The leaker also mention BoomSound speakers, which is an expected and likely feature not to be surprised by.

Since a February release date for the HTC One M9 is unlikely, take the leak with a grain of salt for now, until we hear more from HTC. While releasing a flagship earlier than companies like Samsung and LG would help the Taiwanese company climb to the top and gain some popularity, we don’t think they are already mass-producing the device so early. Alas, February is a short month so we’re going to find out soon enough if famous leaker upleaks was right about this one.

My life-long dream has been to test out every gadget on the market! Considering the fact that I've rapidly destroyed almost every gadget I've had so far, I'm not inclined to owning something, so my ideal outcome would be to have a different gadget each month. I'm really into smartphones, wearables and tablets and I love Playstation and Xbox, I'm sure I'll beat you at your own game (after a month of training... or two)
Previous Ermac, Mortal Kombat X’s newest character, revealed!
Next Huawei (Ascend) P8 release date and specs revealed on Weibo