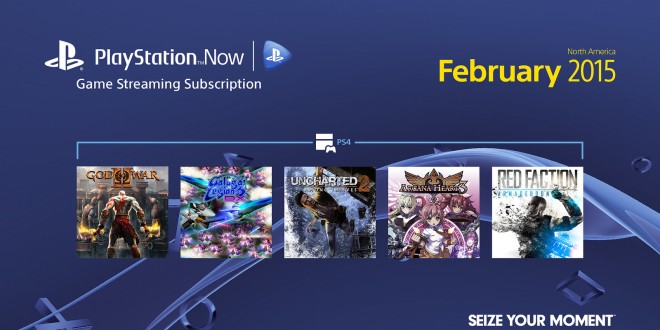 PS Now has been available for a while now. However the recent introduction of a subscription service allows owners of Sony TVs and consoles to play over 100 titles from the PS3 catalogue for a simple monthly fee. Now the company has announced the February 2015 lineup for this service. These are five great games that will be included in the PS Now subscription going forward. Uncharted 2: Among Thieves continues the story of Nathan Drake and is considered to be one of the best entries in the immensely popular video game series. This instalment of the action-packed franchise introduced new characters, new mechanics and a great deal of mayhem. It was also was the first Uncharted game to include a multiplayer component, which allowed players to fight it out as their favorite characters.

God of War II HD is the PS3 version of one of the best-known PlayStation exclusive games. This third-person game offers players the chance to experience the familiar combo-based combat system, as they battle enemies straight out of Greek mythology. Follow the epic tale of Kratos, the God of War, as he attempts to end the reign of the gods. Red Faction: Armageddon transports players to a futuristic Mars. The entire population of the planet has been forced underground due to the destruction of the gigantic Terraformer machine. Now, that doesn’t matter. Past grudges and feuds must be forgotten as a new menace attempts to take hold of the planet.

Galaga Legions DX is an enhanced remake of a classic arcade title. This dual-stick shooter features new mechanics that allow players to deal with waves upon waves of enemies in new and interesting ways.

Arcana Heart 3 is the last entry in an anime styled 2D fighting game series. Players must choose a character from the all-female cast and an elemental alignment, Arcana. These factors will determine the moves and special abilities that players will be able to use in battle. These five games will bring the total number of titles on the PS Now subscription service up to 109, when they become available on February 3rd. The service is available for $19.99 a month or $14.99 a month as part of a three-month package.

I'm a gamer and a massive fan of anime. I'm a massive simulator geek. Who isn't? Simulators offer me the opportunity to experience something I wouldn't otherwise. Have you ever driven a train? I haven't, and I probably never will. However Train Simulator 2015 gives me the opportunity to experience what it might be like. I'm also a big train and space exploration geek.
@ivanmashkov
Previous Dying Light Mods To Return
Next Nexus 5 is back in the Play Store for original price