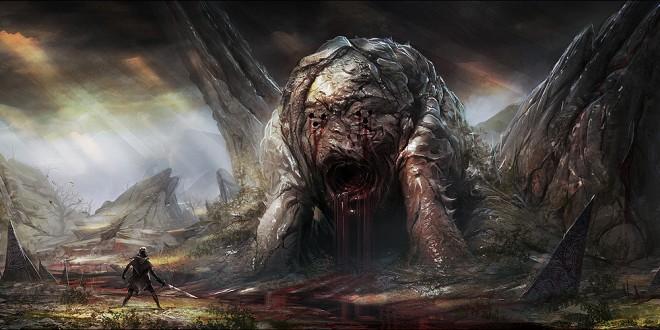 Ninja Theory has published a blog post about its recent staff departures today. The studio acknowledges that the progress of the project will be impacted, but while two key positions have been opened (one which has already been filled), Ninja Theory seemingly remains confident that the development of Hellblade will continue.

Art director and senior character artist Stuart Adcock and Claire Blustin departed from Ninja Theory to pursue careers outside of the games industry in January, which left two critical positions that needed to be filled. However, judging by the developer’s optimistic tone its blog post, the development of Hellblade is still on track. Ninja Theory’s Dom implies that the team behind its independent AAA, while small, will adapt to keep up with Hellblade’s development whilst seeking to bring on board new talent.

“As well as adapting to production needs, a team can be forced into change when a member of the team leaves. This can have a big impact on a project and on a team, particularly a team as small as Hellblade’s,” Dom writes, before continuing to later add, “but with the loss of people also comes new opportunity, fresh ways of thinking and different ideas. Just as the loss of a team member can be a blow, finding an excellent replacement can be a boost.”

Incidentally, the studio has welcomed back Hugues Giboire, who has rejoined Ninja Theory after several years. Giboire was the art director of Heavenly Sword before he left, and he returns to the same position as the developer’s new art director. However, Ninja Theory is still looking for a new character artist.

Hellblade is coined as an “independent AAA,” something which Ninja Theory describes as a place between indie and AAA. The game is promised to offer a focused gaming experience with deep characters, a twisted world and “brutal, uncompromising combat,” all of which is said to be delivered digitally at a low price. Hellblade itself is based on Celtic myth, and focuses on Senua (the game’s protagonist) as she ventures on a personal journey through a hellish underworld. While not much else is known about the title, it’s confirmed that Hellblade will release on both PC and PlayStation 4. Further information on the game can be found via its official website.

Preferring to be referred to as "KingSongbird", Kieran is a serious, yet laid-back person with a particular soft spot for RTS games and anything Sci-Fi.
@KingSongbird
Previous Galaxy S4 vs OnePlus One: which is the better buy?
Next BioWare Austin Announces Shadow Realms Cancellation