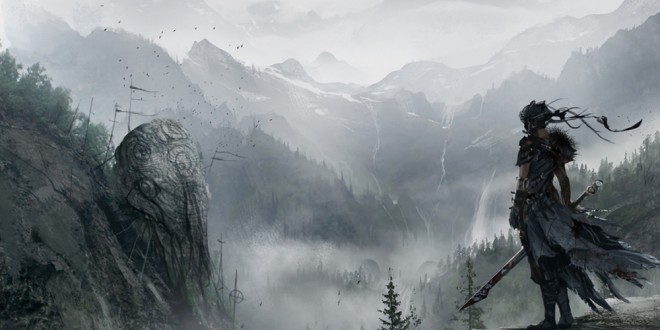 QTEs, mod support, gameplay and performance are all touched on in Ninja Theory's new Q&A on its "independent AAA" title Hellblade.

The team behind the Devil May Cry reboot, Ninja Theory, published a Q&A post on its official blog today with new information regarding its upcoming title Hellblade, a title coined as an “independant AAA” game that promises deep characters and uncompromised combat. The information itself stems from 20 fan-asked questions that were answered over the course of the weekend.

Among the 20 questions were topics such as gameplay, performance, inspiration and more. As the game is still in early development, some of the questions could not be answered fully, but Ninja theory provided as much (and as little) as it needed to satisfy the curiosity of gamers. For example, the PC version of Hellblade is promised to run “extremely well” when it launches, but it’s too soon to say whether the game will run at 30 frames per second or at 60. Hellblade won’t feature any quick-time-events either, as confirmed by the developers curt “no.”

Even though Ninja Theory confirms there won’t be platforming, the developer infers that Hellblade may feature some form of platforming-esque features, just not to extent of what gamers would call platforming. There will also be no companion AIs in the Hellblade, a lesson apparently learned from Enslaved: Odyssey to the West. Curiously, players will only be able to wield a sword, and they  will have to become a master at using that weapon – no ranged weapons, staffs or rifles will either be featured or usable. This seemingly one-weapon mechanic is reinforce in the game’s concept art.

Moreover, Ninja Theory is open to introducing mod support to Hellblade, but the studio is unsure how to go about it. “We do want to support the modding community but not sure to what extent we can. This is new territory for us,” Ninja Theory answered. Hellblade’s story will also apparently not be “overly reliant on cutscenes,” as the develop is still looking for different ways to developer the game’s story.

Combat in the title is promised to be “purely skill based” as well, but Hellblade is currently looking to only having one difficulty mode. However, Ninja Theory recognizes that having one difficulty level may be unfair for some, and so will remain “open minded” until proper playtests are had, but nonetheless reminds gamers that Hellblade is being targeted at “seasoned players.” Special moves appear in Hellblade as well, but they will be implemented in a way that won’t take players out of the flow of combat. There also won’t be any combo lists for players to exploit. “Generally speaking the character will do what you ask her to do so it will be closer to Street Fighter than Tekken on that front,” Ninja Theory concluded. The developer’s full Q&A can be read on the official Hellblade blog.

Hellblade is a game based on Celtic myth, the focus being on a character named Senua as she pursues a personal journey into a hellish underworld. Aside from the promises of brutal combat, deep characters and a hellish landscape, not much is known about Hellblade, although it has been confirmed that the game will release on PC and PlayStation 4. The game is still on track despite critical staff departures as well, and will even feature tatictal combat and extensive exploration. Further information on the game can be found via its official website.

Preferring to be referred to as "KingSongbird", Kieran is a serious, yet laid-back person with a particular soft spot for RTS games and anything Sci-Fi.
@KingSongbird
Previous Qualcomm thinks 2K smartphones will be mainstream soon
Next HTC Desire Eye vs HTC One M8: which has better bang for buck?