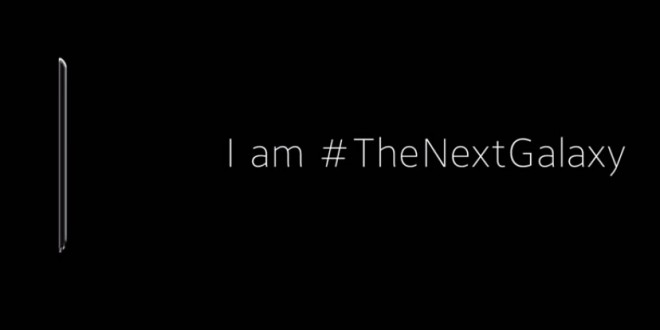 Samsung just revealed the Galaxy S6 in a teaser

The Next Galaxy: Galaxy S6 teased in promo video

Samsung’s The Next Galaxy Twitter account has released a teaser video about the Galaxy S6 and although it’s short, it gives us a bit of insight as to what the company is aiming for with the next flagship. The video seems like a surreal mix of industrial design samples, narrated by the “voice of the Galaxy S6” which sounds a bit computerized to be fair.

While Samsung doesn’t give out a lot about the Galaxy S6 per se, it does suggest the elements of its design and mostly confirms the fact that the phone will be a metal-clad one with a unibody design and non-removable battery. This much we knew for quite some time now, but the video also shows the actual shape of the Galaxy S6, which is the more interesting part about it. We’re not sure about this, but the image in the teaser might depict the Galaxy S6 Edge, in a way, as the bottom side of the phone seems to be a little curved, pointing towards an edge display.

I am #TheNextGalaxy. See what inspired me at #Unpacked. https://t.co/r9hNJnrMP5

In any case, the Galaxy S6 is set to be unveiled on March 1st at the MWC 2015, so we’re going to have a good hard look at what the device will look like then. So far, when it comes to specifications, all that we have to rely on are rumors and leaks, most of which are on par with each other. Accordingly, the most likely spec sheet for the Galaxy S6 includes a 5 inch QHD Super AMOLED display, a 64 bit Snapdragon 810 CPU, 3 GB RAM, 32 GB internal storage, a 2400 mAh battery, 20 MP camera with OIS on the rear and 5 MP camera on the front. Many are a bit flabbergast about the battery size, as it’s actually smaller than the one found in the Galaxy S5 last year.

The smaller battery might make room for something else that is said to be featured on the Galaxy S6: fast wireless charging. Samsung hasn’t manufactured phones with built-in wireless charging so far, but it seems the company will be shifting its focus when it comes to the Galaxy S6 ad they are advertising 2015 as the year of wireless. Moreover, the wireless charging fits right into the “start from scratch” philosophy behind the Project Zero code-name given to the Galaxy S6 by the company. We’re excited about the new launch and we’re hoping for the best, although we might be disappointed, in the end.

My life-long dream has been to test out every gadget on the market! Considering the fact that I've rapidly destroyed almost every gadget I've had so far, I'm not inclined to owning something, so my ideal outcome would be to have a different gadget each month. I'm really into smartphones, wearables and tablets and I love Playstation and Xbox, I'm sure I'll beat you at your own game (after a month of training... or two)
Previous HTC One M9 Plus sort of confirmed by HTC
Next ArenaNet shares additional details about Guild Wars 2’s new class: The Revenant