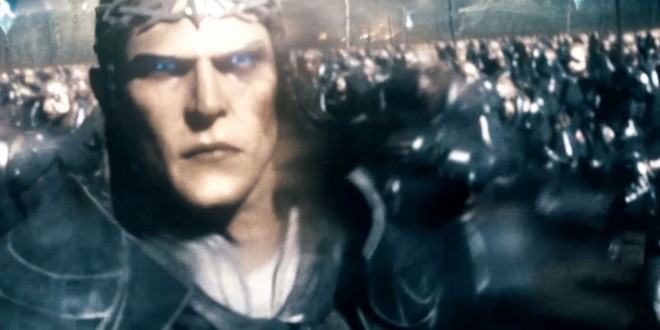 Shadow of Mordor – The Bright Lord Is now Available on PlayStation

With a new trailer published to their official YouTube channel, PlayStation has announced that the final DLC pack for Shadow of Mordor, named The Bright Lord is now available to be played on PS3 and PS4. Taking place thousands of years before the events of the original Shadow of Mordor, The Bright Lord sees players in the shoes of the Elf Celebrimbor, in the days when he was still flesh and bone and right after he escaped from Mordor with the One Ring. In an interview with Polygon, Monolith director of design Michael de Plater explained, earlier this week, how the new character will feel and play and how the game world has been adapted to this new story.

Being an Elf, Celebrimbor has developed and honed his skills with a bow, and will be more proficient at it than his human host Talion. Although the One Ring allows the two characters to make use of similar powers, Celebrimbor is more agile, faster but also more fragile, said de Plater, comparing the new character to a glass cannon. Being set in a period during which the power of Sauron was limitless, enemies in The Bright Lord will be tougher than their counterpart in the original game.

Orcs can now level up to 25 from their level 20 cap and will be present in greater numbers. They will also appear to be more disciplined and trained than the ones players have encountered before and will actively play a more aggressive role, as they chase the player and organize roadblocks and ambushes. New skills have also been added to the enemies in The bright Lord and have been tuned to provide the right degree of challenge. Shadow of Mordor – The Bright Lord DLC includes 10 story missions. Although the mission takes place in the the valley of Udun, which players already visited during the main campaign, the location will look very different than players remember. Included in the pack players will find a new challenge mode, which allows them to obtain level 30 runes as well as playing Celebrimbor in the main campaign.

The Bright Lord will be distributed for free to all of those who bought the Shadow of Mordor Season pass. The DLC price is yet to be published but it could be easy to speculate that the price-tag will be between 10 and 15 USD, based on the price of Lord of The Hunt, a similar DLC released earlier last year.

Alessandro is a languages and literature student and gaming enthusiast. Long hair and a bushy beard, he spends most of his time on romantic dates with fascinating old tomes. In his free time, he follows and comments the gaming community while playing games. You can follow him on twitter to see what he's up to.
Previous Activision May Announce New Guitar Hero at E3
Next Batman: Arkham Knight gets rated “M for Mature”