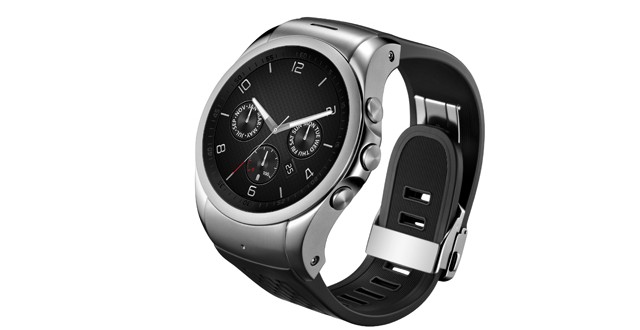 The LG Watch Urbane, about which we thought would be a redesigned version of the LG G Watch R, seemingly turns out to be an entirely new piece of hardware as specs of the device were made official today. From what we gather, the LG Watch Urbane will be available in two different versions, one with a 4G LTE connection and another without. The LTE version will be the first smart watch on the market to benefit from fast internet connections, so the Apple Watch better watch out, and so should the new Pebble Time.

What’s a bit surprising about the LTE version of the LG Watch Urbane is that it won’t be running on the Android Wear platform, using instead LG”s own software offering, most likely WebOS. The high-speed internet connection on the Watch Urbane is joined by a pretty large 700 mAh battery unit and 1 GB RAM, which might just be necessary to keep battery life as long as possible and speed as fast as possible. LTE connections tend to drain the battery faster, so it’s a good move on the part of LG, indeed.

Besides having these few extra features, the LG Watch Urbane will come equipped with all the features previously included in the G Watch R, including IP67 waterproof certification. The fact that this will be the first smart watch to have a 4G LTE connection is exciting and will surely gather enough fans to make the watch popular and competitive. With the imminent launch of the Apple Watch in April, it seems LG is gearing up to face the competition and it might just be successful in becoming more popular. Both versions of the LG Watch Urbane will be introduced at the MWC 2015 next week, when we will most likely found out pricing and availability of the new stylish watch as well.

My life-long dream has been to test out every gadget on the market! Considering the fact that I've rapidly destroyed almost every gadget I've had so far, I'm not inclined to owning something, so my ideal outcome would be to have a different gadget each month. I'm really into smartphones, wearables and tablets and I love Playstation and Xbox, I'm sure I'll beat you at your own game (after a month of training... or two)
Previous Facebook says only 4 in 10 people use the internet
Next Compulsion Releases Teaser for New Project We Happy Few