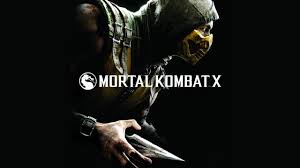 As we all know, it can be almost impossible to keep up with the newest games that are coming out. Each week, we are swamped with tons of releases ranging from indies, to the biggest blockbuster games. This releases series aims to help spread the word about the newest major releases. The release dates listed below are for North America. As always, be sure to keep an eye out on Steam and other digital distribution platforms for those hidden indie gems that may come out under the radar.

Mortal Kombat X for PC, PS3, PS4, Xbox One, and Xbox 360. The newest entry into the Mortal Kombat series adds some new characters to the roster, including an appearance by Predator. While I’m not the world’s biggest fan of fighting games, there is always something about Mortal Kombat that makes me grab it on day one. If you’d like to get Mortal Kombat X, you can find it on Steam, or your local games retailer for $59.99.

Grand Theft Auto V for PC. Anyone who has been patiently awaiting the extremely delayed release of Grand Theft Auto V can rejoice, as it is finally getting ready to release. Although most of us were not patient and have played the game on another platform by now, there are still some who have held out. I envy the fact that these people will get to experience GTA V with the same awe that I did upon its initial console release. IF you’d like to get a copy of GTA V, you can find it on Steam for $59.99.

Titan Souls for PC, PS4, and Vita. Titan Souls began as a prototype created for a three day game jam. Having taken part in a few game jams myself, it is awesome to see a title come out of a jam and generate as much hype as Titan Souls has. For those who don’t know, Titan Souls is a game where you basically just fight bosses, and you only have a single arrow to defeat each boss with. This means that if you shoot your arrow, you must go collect it before you can fire again. Titan Souls is extremely punishing in terms of difficulty, and I feel that it will resonate quite well with fans of the Souls franchise. If you’d like to get a copy of Titan Souls, you can find it on Steam, or on the Playstation Store for $14.99.

Westerado: Double Barreled for PC. Westerado is an action-adventure game that is inspired by Spaghetti Westerns. You play a character who has had his family murdered by a mysterious bandit, and you must take revenge for the loss that he has caused you. The game seems to be open world, and apparently allows you to shoot anyone that you would like, giving you the option to be an outlaw or to follow the straight and narrow. The game features a nice pixel-art style, and definitely looks like it is worth a look. You can find Westerado: Double Barreled on Steam.

Tilelicious: Delicious Tiles for Wii U. This is a sliding puzzle game that will be released on the e-shop. The game features some very simplified puzzle mechanics, and also a strange catch phrase of “You’ll want to lick it!”. You must complete each sliding puzzle to save the children who are trapped in each stage, with the ultimate goal of assisting them in discovering the Cosmic Candy Ring. You can find Tilelicious: Delicious Tiles on the Nintendo e-shop for $5.99.

Those are all of the major releases for this week. While there are not a ton, there are definitely some very interesting games coming out this week. Between Mortal Kombat X and Titan Souls, I can say that my week will be filled with death. Glorious amounts of death. Especially if somehow, I find the guts to venture into the online territory of Mortal Kombat. What games are you guys and girls looking forward to the most this week? Any smaller releases that deserve some attention this week?

I enjoy playing pretty much any type of game out there. My passion lies in finding the gems of the indie gaming world. When I'm not playing games, I'm programming them, at the gym, or tending to my small army of cats. Writing has always been a part of my life and I'm grateful for the opportunity to get my content out there for people to see.
@spf0227
Previous Steam Greenlight Spotlight: A Light in Chorus
Next WarioWare Touched! – Reliving the Madness on Wii U 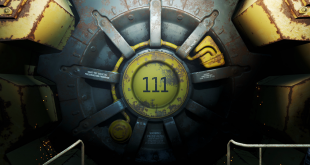