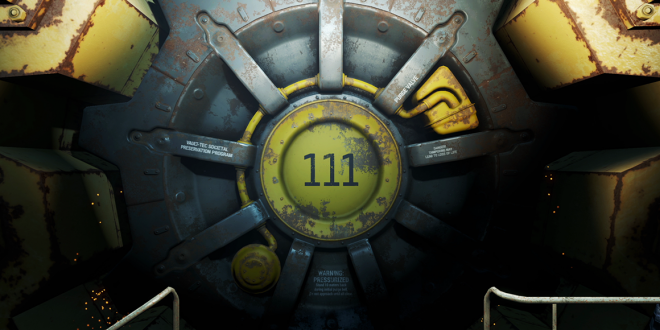 Fallout 4 is one of the most highly anticipated titles of 2015. Fans of the series (including myself) have been anxiously awaiting the new installment for years, and now it’s finally in our hands. I’ve been playing Fallout 4 for a few weeks now, and though I know I’ve seen far from everything the game has to offer, I think I’m ready to let you know that this is a game you should be playing. 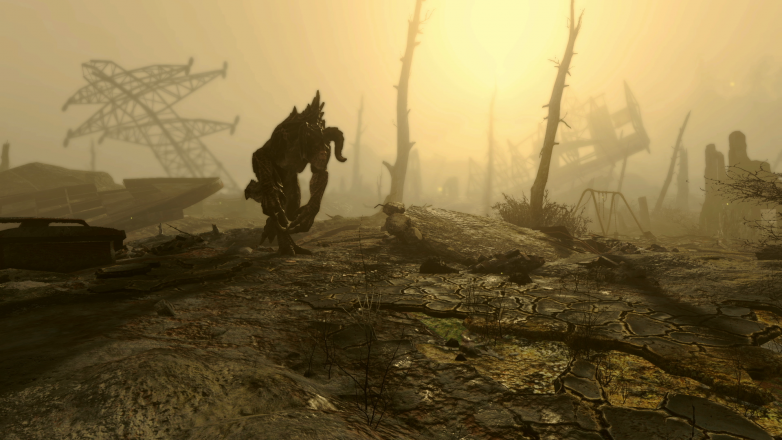 You have a ridiculous amount of control over how your character acts, as well. Your character will evolve as you choose specific perks and dialogue choices, making Fallout 4 one of the truest role-playing experiences of the year. There’s so much potential here for multiple character builds that will make additional playthroughs just as entertaining as your first one – from the minute my character started to take shape in my mind (and on screen), I started thinking about who I’d take through the wasteland next.

Speaking Up in Fallout 4

Unfortunately, the dialogue interactivity has been simplified to a fault. During dialogue, you’ll make choices based on just a few words (like “kill them” or “sarcastic”). Instead of letting you know exactly what your character is about to say, you have to make educated guesses based on the context. More than once I cringed as I chose a dialogue option I thought I wanted only to hear my character speak the line with a completely different tone than I expected. You might be playing it smooth with an enemy character, only to accidentally choose an extremely confrontational dialogue option. As you play on, it gets easier to determine how the few words in the dialogue choice wheel will translate into speech, but it can be frustrating.

The voice acting, on the other hand, is fantastic. For the first time, your character is fully voiced, which will either delight or horrify players. I found it to be a lot of fun, but others might see it as getting in the way of the role-playing experience. Despite how you feel about the concept, the performances are solid. NPCs in Fallout 4 are more exciting than ever, and their voices carry a lot of emotion and personality through their words. We’ll talk more about the NPCs and companions a bit later, but it’s worth noting here that their voice performance is fantastic.

There are small details to each performance that enhance the experience. For example, when you’re in a dialogue scene and you want to skip a line (let’s say you have subtitles on and you read faster than the actors and actresses talk), you character will mumble a “right” or an “mhm,” emulating the organic way that dialogue in real life proceeds. It’s a small thing, but I found it pretty cool. Bethesda put a lot of effort into the way that your character interacts with the world of Fallout 4, and it shows.

Audio and Visuals in Fallout 4

Like all Bethesda games, Fallout 4 struggles most noticeably in the visual department. Don’t get me wrong – this game looks absolutely fantastic. I had access to the Xbox One, PC, and PS4 versions, and the game looks gorgeous across all three platforms. Each one will occasionally see framerate stutters, though, and it’s very common for character animations to get out of sync with the audio, or for dialogue audio to stop altogether at some points.

Like I said earlier, the voice acting is amazing, and the same can be said about the music. The radio stations have a patently Fallout feel to them, even though the Diamond City Radio DJ isn’t as entertaining a character as Three-Dog (Fallout 3) or Mr. New Vegas (New Vegas). Overall, Fallout 4 looks and sounds great, but it still stumbles the same way that games like Skyrim and Fallout 3 did, which can be frustrating when you’re expecting the game to define the current generation of gaming. 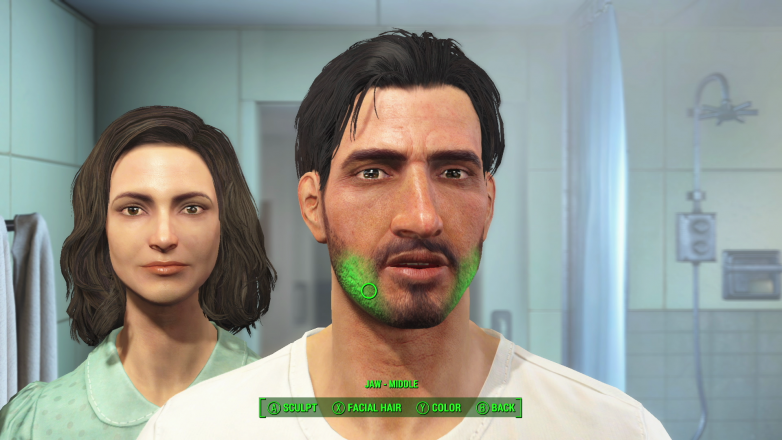 The Perks of Being a Wastelander

Fallout 4‘s perk system has also been streamlined, deviating from the more detailed skill trees found in Fallout 3 and New Vegas. There’s now a singular perk chart that you’ll be able to choose from every time you level up. You can choose to add a level to any of your S.P.E.C.I.A.L. traits, or pick a more unique perk. These range from practical and (almost) necessary things like being able to pick hard locks and hack complicated terminals to more interesting abilities like the ability to breathe underwater, pacify and command wasteland creatures, and improve HP recovery at nighttime. It’s a different system than fans are used to, but I never really found it to be an issue. In fact, being able to see all the perks on a simply designed table was nice, and it made it easier to plan which perks I’d be choosing the next time I got the chance.

Fallout 4 has an awesome story. I’m not going to spoil anything, but we’ll talk about it briefly here. Your character was alive before the bombs fell, and was put on ice right before the disaster. Afterwards, you’re woken up and you embark on a search for your son, who is no longer in the Vault with you. Along the way, you’ll see some iconic Boston sights – you can walk the Freedom Trail, check out Bunker Hill, and stroll through Boston Common. You’ll also meet some awesome characters – you can hang out with Piper, the daring young reporter, or Nick Valentine, the charming detective who just happens to be a synth. Synths, by the way, are humanoid robots created by The Institute, a mysterious organization whose operations are a mystery even to the synths out in the wasteland (like Nick). They (and their supposed plan to kidnap people and replace them with synths) will be a big part of your adventure, as will the Brotherhood of Steel (remember them?), and new groups like the Minutemen and the Railroad.

There’s a lot of cool stuff going on even beyond the realms of the major groups, though. Take a few minutes to wander through the wasteland and you’ll find a ton of cool side quests that are sometimes more interesting than the main storyline. The amount of content in Fallout 4 is breathtaking, and it’ll take you hundreds of hours to see everything that’s hiding in the wasteland of Boston.

Each faction (if you can even call them that) has one or two companions that you can take along with you, and you’ll meet even more companions while you’re adventuring. Each character has a unique personality, and this is not just shown in dialogue. While a companion is traveling with you, they’ll have opinions about what you do. Piper is concerned with social justice, so doing good things for others will get you on her good side while breaking into houses and stealing will piss her off. Nick Valentine loves hacking into terminals and digging for the truth, but doing drugs like Buffout and Jet in his presence will lower his opinion of you.

Whether you’re traveling with a robot, a Super Mutant, a synth, a human, a ghoul, or your adorable puppy friend, you’re bound to have interesting conversations and see really cool things. Going to the same places with different companions often brings about different dialogue options, and it’s cool to see what everyone has to say about the different parts of Boston.

Your companions can’t die this time around, but they can be briefly incapacitated. Though it brings the challenge down a bit, I prefer this to games where your partners can be killed permanently. I felt more like playing the game and less like constantly worrying about the state of my companion. It’s fun to hook them up with cool weapons and armor, but at the end of the day, it’s nice to know that they can take care of themselves. 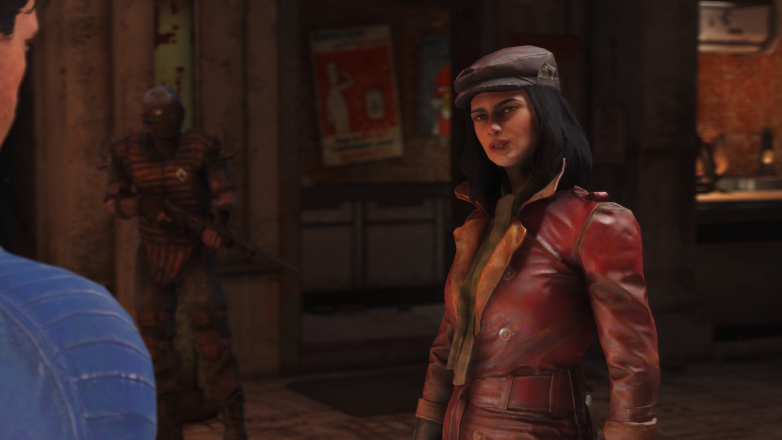 The combat in Fallout 4 is easily the best combat system I’ve ever seen in a Bethesda game. The gunplay has been completely redesigned, and it feels more like a competent shooter than ever before. First and foremost, though, Fallout 4 is an RPG, but there are a lot of FPS (or, if you choose, third-person shooter) elements to the game, and it’s good to see them actually work the way they’re supposed to. Melee weapons still aren’t perfect, but all of the weapons have been significantly improved, along with the addition of a modding system that’s really exciting. Is a weapon too loud? Maybe it’s too weak, too light, or has a range that just isn’t long enough. That’s okay – just mod it. It’s a part of the new crafting system.

The crafting system in Fallout 4 is the newest addition to the series. By using workshops and benches, you can build settlements for wasteland survivors. You’ll be building houses, guard posts, beds, power generators, maintaining farmland, and purifying water. It sounds like a lot, and sometimes it can be. Without the right materials, crafting can take a while. That’s why it feels more necessary than ever to take everything that’s not nailed down and shove it in the strangely large pockets of whatever strange armor you may be wearing. I didn’t spend a whole lot of time building my settlements, though.

Your first area, Sanctuary Hills, has a chain of sidequests that require you to do a lot of crafting, but after that, I didn’t use the system much until I was again prompted to use it in a quest involving The Institute. Fans of simulation games and people who want to take a break from the often harsh difficulty of the main game can take solace in the crafting system, and you’ll earn XP as you make and maintain things. It’s a cool addition, but it’s not exactly a game-changer. 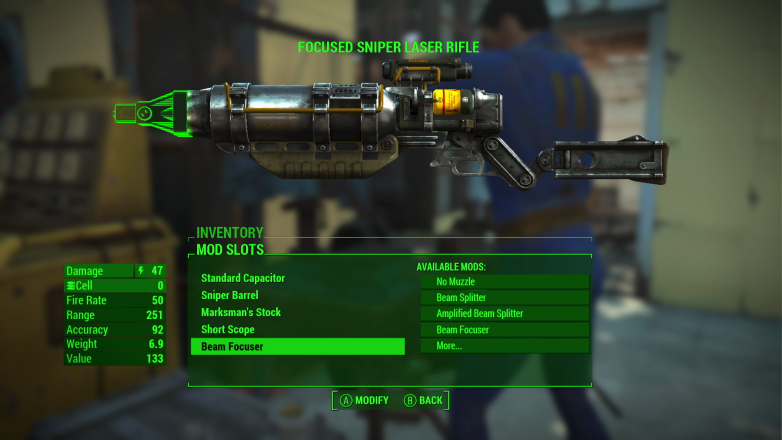 I’ve spent over 1500 words telling you about Fallout 4, and I feel like I haven’t even scratched the surface of what this game has to offer. This game is absolutely huge, and that can be overwhelming at times. Even when you’re over a hundred hours into the game, the sheer wealth of content that Fallout 4 brings is enough to keep you exploring. I won’t be putting this one down anytime soon, and neither will you – it’s a must-play, and you should definitely make it a priority to check out Fallout 4 as soon as possible. 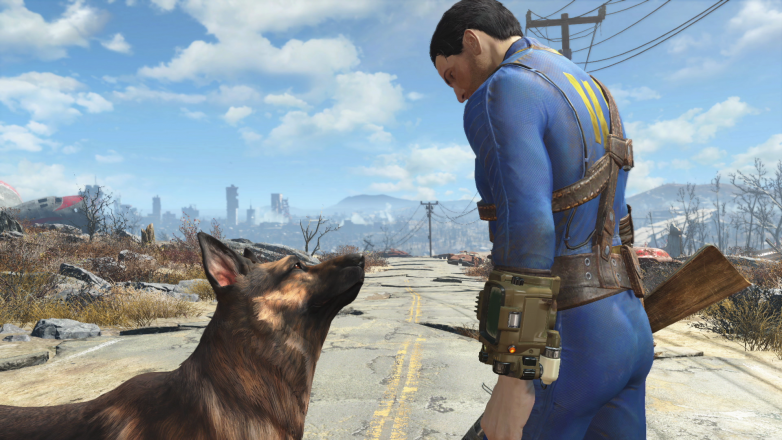 Fallout 4 is a great addition to the series, boasting hundreds of hours of content, an excellent story, and fun gameplay that'll keep you coming back to the wasteland over and over again.

I'm Aria! When I'm not doing other things, I'm either playing video games or writing about them. If you like games, anime, and random stuff, you can follow me on Twitter @Sage0fForest
@@Sage0fForest
Previous List of Xbox One backwards compatibility games revealed
Next Call of Duty: Black Ops III Review