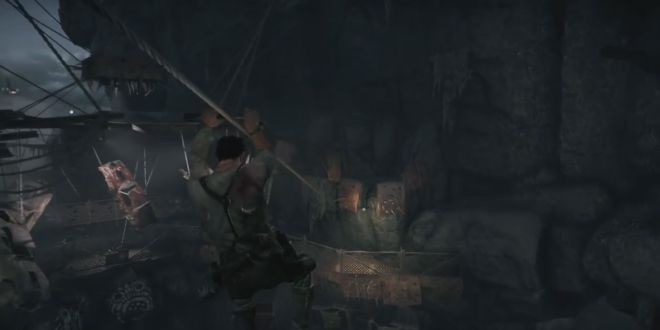 Playstation has revealed a video compilation of gameplay footage from their upcoming title Mad Max. By way of introduction they explain: “We are very proud of Mad Max, so we thought the best way to showcase it would be to put together a video. Since the game is massive, both in terms of geography and variety of content, we didn’t think one continuous sequence would do it justice. So, we have cut together a bunch of in-game footage (with a little in-game rendered cinematic sequences to set the scene) to give you as broad a sense of the game as possible.”

While not giving away much in terms of plot, the trailer showcased some of the game’s features, such as car customization, combat styles, weapons, stronghold development, UIs, and of course the stunning visuals.

Avalanche Studios say they are putting the final touches to the game and are trying to push the limits of the PS4’s capabilities. Especially when it comes to the setting of The Wasteland, including the new addition of indoor spaces as well as a weather system said to offer as much of a challenge as any enemy. Although it is confirmed as a single-player campaign, Avalanche explained that they are working on making the game a shared experience: “At heart, it’s a single-player experience, but since you can customize so much (your Magnum Opus, Max’s appearance, your journey, your investment in strongholds) we felt it was important to be able to show off!”

Originally based on the 80’s action/ adventure movies of the same name, Mad Max will be an open world, third-person adventure game set in a post-apocalyptic world where your car is a key factor in your survival. Improvements to your car are dependent on scavenging items from the sparse landscape. The protoganist Max is a lone warrior who must fight against brutal enemies such as bandits to survive through the harrowing dystopian world.

The game is being developed by Avalanche studios, with such titles under their belt as Renegade Ops and the Just Cause series. It is due for release on September 4, 2015.

Alessandro is a languages and literature student and gaming enthusiast. Long hair and a bushy beard, he spends most of his time on romantic dates with fascinating old tomes. In his free time, he follows and comments the gaming community while playing games. You can follow him on twitter to see what he's up to.
Previous Razer launches ForgeTV preorders open starting now
Next Galacide Release Date Announced