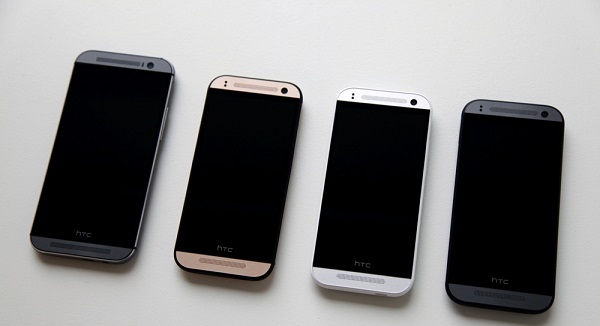 Say goodbye to HTC One Mini and One Mini 2 updates

HTC is getting a lot of anger from fans today as news broke on Twitter about the Taiwanese smartphone manufacturer not sending out any further software updates to the HTC One Mini and HTC One Mini 2. HTC has officially confirmed that there will be no Android Lollipop update for the HTC One Mini and HTC One Mini 2, nor will there be any further updates released for the cheaper smartphones. Although we already knew that last year’s HTC One M7 would not be receiving Android 5.1 Lollipop, we did expect the Mini versions of both the One M7 and One M8 to get the update as they were released later on.

The HTC One Mini was released in August 2013, while the HTC One Mini 2 was released in May 2014. Even though most companies, including HTC, usually send updates to their phones for at least two years, it seems that the company has decided that the One Mini versions are not worth the hassle. People on Twitter are already commenting on the announcement saying that they will be asking for refunds and some even threatened HTC with a lawsuit. HTC had previously stated that all of their smartphones would be enjoying software updates for at least two years after its release, so this new decision not to release Android Lollipop to the HTC One Mini and HTC One Mini 2 came as a surprise to anyone.

@reekeanu The HTC One Mini will not receive the Lollipop update.

HTC didn’t give a reason as to why the HTC One Mini and One Mini 2 weren’t being updated to Android Lollipop thus far. The only explanation the company gave was “for the best software experience”, which doesn’t cut it right now with smartphone enthusiasts. We’ve reached out to the company to find out why they cancelled the Android 5.0 Lollipop update for the variants of these flagships and we’re awaiting a response. Even if these smaller smartphones are not as popular as their flagship counterparts, it is disappointing to find out that support for them has been cancelled, because there still are thousands of people out there who own these phones and were looking forward to the new UI and OS. Seeing as there is already a lot of outrage against HTC for this decision, the company might reconsider in the end, but we wouldn’t bet on it just yet.

My life-long dream has been to test out every gadget on the market! Considering the fact that I've rapidly destroyed almost every gadget I've had so far, I'm not inclined to owning something, so my ideal outcome would be to have a different gadget each month. I'm really into smartphones, wearables and tablets and I love Playstation and Xbox, I'm sure I'll beat you at your own game (after a month of training... or two)
Previous Apple’s music service means no more free music on Youtube, Spotify
Next One M9e leaked photos show off plastic body and fingerprint sensor