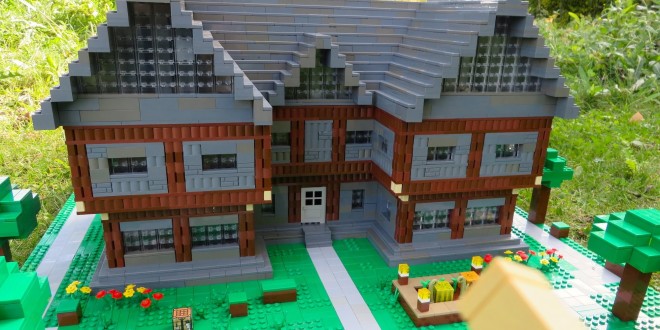 Minecraft-Like Lego Game May Be Coming

Remember when you saw Minecraft for the first time, and you thought “Wow, that looks a lot like Minecraft.” Well, so did everybody else – Including the folks at TT games, developers of Lego Batman, Lego Marvel, etc. In an image found by someone on the Eurobricks forum, a game called Lego Worlds may well be in development. This image features an open world with dirt, water, grass, villagers, and other Minecraft fare with a title reading “Explore. Discover. Create.”

From this promotional material, we can speculate as to what this game could be – and it’s more than likely that we’re looking at a Minecraft style game. Other Lego games are all driven, at least up to a point, by narrative.  This promotional material seems to be heavily implying that the game will be free-form, and encourage exploration – the heart of the Minecraft experience.

With the success of the Lego movie and the revitalization of the Lego brand as a whole, Lego games have started to evolve outside of their usual formula already. With Lego Dimensions, a game that borrows from the Skylanders formula of bringing toys into a game world, TT games shows that they’re willing to evolve and try out new things. While many privy to the industry might consider Minecraft far out of its prime, having Lego try and take back our interest in it could only be a positive thing.

If we’re right about Lego Worlds being a Minecraft-like game, then it could mean a serious shot in the arm for Lego on the gaming front. While it’s been a huge success with the Lego movie, having it creep into new audiences like the Minecraft one is an exciting prospect. Lack of competition has been a huge issue for Minecraft, as many have seen a severe lack of new features coming in the near future – if TT games can give them a run for their money, we could not only be seeing a vast improvement in Minecraft, but it could also result in a better end product for Lego worlds. Whatever this is, TT games has been a fantastic developer in the past, and they’ll make something good.

I'm a college student studying journalism, and when I'm not studying, I'm writing here at LTG. I love indies and AAA's alike - I'm just a lover of this medium in general.
@MiCottuli
Previous Playstation Plus: Free Games for June
Next Microsoft working on automated image identifying technology