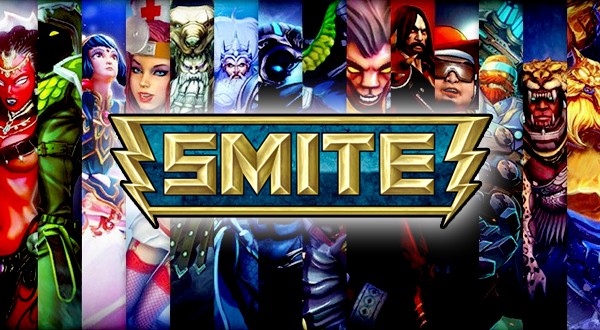 Smite has been available on PC for a little over a year now, it officially released back in March last year. Since then Smite has made its way onto the Xbox One and is currently in Beta for the console. You can try and get a hold of a code, or you can drop $30 for the founders pack that gives you the game and all of the Gods including those that are present now and in the future. It’s not a bad deal, to be honest, especially when considering that if you purchase gems in game you can get two gods for $8, and there are currently 64 Gods available on the console. But, you can also earn in game gold and purchase them for free over time – it’s entirely up to you. 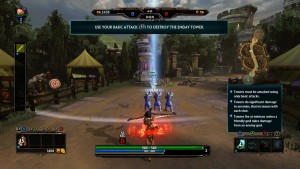 arious religious cultures against each other; you can currently play as Gods and demi-Gods from the Roman, Greek, Norse, Hindu, Chinese, Mayan, and Egyptian pantheons. If you’re familiar with MOBA’s you’ll notice that Smite follows the generic formula almost to a tee. There are heroes, lanes, towers, jungles, etc. It really is all there; it doesn’t try to reinvent the whole formula like Heroes of the Storm. But drawing from my experience with other MOBA’s I’d opt to say that Smite is much more alike League of Legends than DOTA. Depending on your preference, this will be a good or a bad thing; personally, I was happy to see this as I find DOTA to be a little slower. But, with that in mind, Smite succeeds in becoming its own thing and carves its own niche among other MOBA’s. It is in no way a simple clone.

Smite manages to become its own thing by simply tweaking a few aspects of the MOBA formula. Most noticeably, the game’s camera has moved – you’re now looking over your God’s shoulder. This simple tweak makes drastic changes for the gameplay. Not only does the new camera format make the combat feel more visceral and up close, it changes strategies. For example, to perform a tower dive, you can no longer see behind you how many minions are alive to distract the tower’s fire. You’re also unable to see behind the tower for if an enemy hero is approaching, nor can you watch the jungle entrances at all times in-case of a gank. Opponents can, and will, try to ambush you.

In addition to this, Smite introduces another dimension to play, there are Gods that are capable of attacking you from the sky. The new addition keeps you even more on your toes and forces you to constantly have to think about where your opponents are. This isn’t as much of an issue against AI oppon 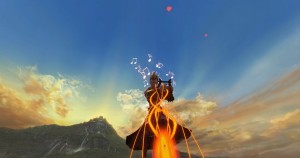 ents, but when in Versus mode against other players you can guarantee that you will need to keep tabs on when your opponents leave the lane. You’d be amazed how quickly a good play can fall apart when a God like Thor comes crashing down into the middle of your lane.

The game seems to be designed to appeal to various types of gamers. It is from the get go, incredibly easy to pick up and dive right in. If your only a casual gamer and intend to pick it up once or twice every now and then, you’re in luck. You will be able to jump into a game after weeks without playing and still be able to participate on an even footing. To make things even easier for newcomers, the game allows your shop purchases and skills to be automated. If you don’t know what your doing, or how to get the best out of your God, you can simply let the game do it for you. Your God won’t be the strongest she or he can be, but you’ll keep up with your opponents without becoming totally useless on the battlefield.

If you’d rather be playing against other gamers a little more competitively the game also allows you to do so. The automated features can all be turned off and you can develop your God as you see fit to best suite your style of play. There are also various types of game modes that are unplayable until you reach a certain level, and Siege is even unplayable in co-op mode. Unfortunately, at the time of writing the League was still unavailable, but it seems there are plans to implement it for gamers who prefer playing on a higher calibre among rankings.

There are currently five different game modes in Smite with their own themes and style of play: 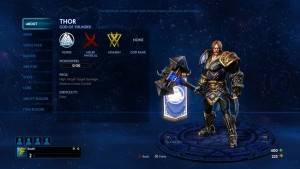 As it currently stands Smite is a great game. It does have one or two faults. The AI could have been a little more challenging, if there were two difficulty levels this would have been a little more enjoyable; but I understand that the main appeal in these type of games is to jump into PvP. I didn’t see a single AI opponent enter the jungle at any point, except when fleeing from their lane with low health to get away; nor did I see the AI ever make use of the extra drops and bonuses scattered about the map. This is largely unimportant for players who prefer PvP, which for a MOBA is probably the case. The only other gripe I found was that when one team gained an advantage they typically became incredibly over powered very fast. I did see several games where one team had a level 20 and the other still had level 13’s. Smite does focus on skill shots and it is possible to overpower a God who is several levels above you, but there is a noticeable power difference. Playing as Artemis when my team was winning, I held a lane alone against Kali, Hercules, and Anubis. In a game when I was losing, it took Artemis’ stun trap in range of a tower plus all of my abilities to take down a Cupid alone. But, take that as you will. If a team performs poorly, it makes sense that the winners will gain an edge; I just hoped skill shots and player ability would have continued to be the sole deciding factor after you gain that edge. This is all that I have to complain about though. Smite is an excellent MOBA that should appeal to people looking for competitive and casual play.

Hi I'm Daniel and I'm an aspiring writer, avid gamer, and wanna-be cook; I'm not quite certain in which order. I like all things RPG and if that means swords n' spells, all the better. But, provided it has a good story I'll probably want to try it regardless of what it is. I'm a Windows junkie, and I spend my time gaming on Xbox, PC, and my 2DS.
@@danielcooper179
Previous Amazon Leaked a New 1TB Xbox One Console Bundle
Next Fallout 4 Is Off To A Troubling Start