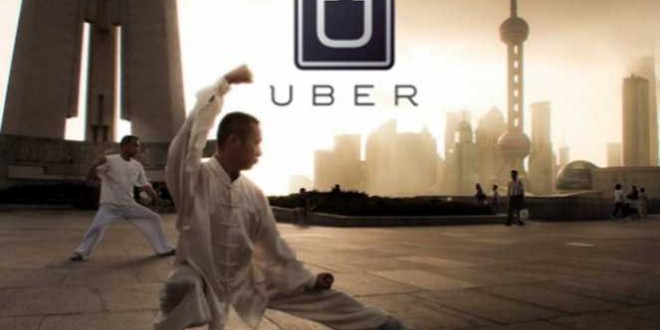 Uber to take over China

Uber is a fast growing transport company in which users simply say where they are and a driver connected to the app and in the area will pick them up and take them where ever they need to go. This application has proven to stretch its success out of the United States with its international endeavors. It seems as though in some of the larger countries outside of the United States, CEO Travis Kalanick would like to have a little more presence.

In a letter to investors leaked last week, Kalanick portrayed a plan in which he wanted to raise a billion dollars to give rise to a stronger occupation in China. Here is what he had to say:

“Our riders are completing almost 1 million trips per day and the business has doubled in the last month. Remarkably, we are only scratching the surface. Today we are live in 11 Chinese cities with an average population of 14 million. Yet there are 80+ cities with over 5 million people (as a reference, 5 million is roughly the size of Miami, one of the largest cities in the US). Over the next year we plan to launch in 50 of those Chinese cities. This kind of growth is remarkable and unprecedented. To put it frankly, China represents one of the largest untapped opportunities for Uber, potentially larger than the US. Success in China, however, takes commitment over the long haul and a strong will, coupled with a unique understanding of the differences in China.”

Time will tell how this idea works out for Uber. Take over transportation in the most populated country in the world could truly skyrocket them even more.

Uber services have been banned in Germany