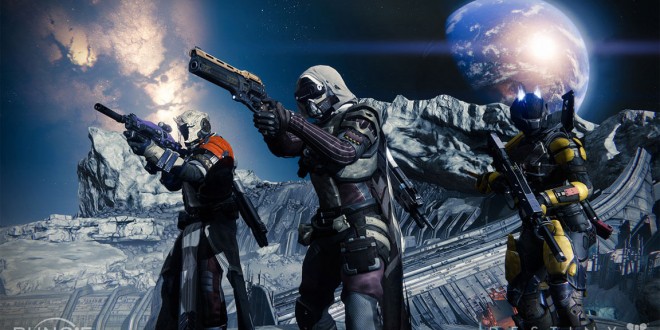 (This is an opinion piece meant to offer some balance to the issues raised in the article ‘Is Bungie’s Destiny falling apart?‘.)

Contrary to what some may say, Destiny is a perfectly fine game. Sure it has its rough spots, all games do, but compared to many other games out there, Destiny is hardly crashing and burning. If anything, it wouldn’t hurt to remain excited for what’s to come in the series, even if you don’t want to buy the next expansion.

Destiny is a solid game, there is no denying that. Rarely does it crash, freeze, or present issues that have lately been plaguing other AAA games, even on last generation consoles. For that matter, Destiny still performs well graphically on last generation consoles, which some last gen ports cant claim (i.e. Wolfenstein on last gen consoles). Even putting aside the technical aspect, very few other shooters offer such fluid movement and weapon feedback, not to mention the excellent sound design that very few games can match. Plus it is one of the few MMO-lite games that have found popularity on consoles, bringing together all kinds of people whether they be young or middle aged, male or female.

Lets face it, its not uncommon to hear that someone has devoted hundreds of hours to the game. Even if you bought the most expensive collectors edition of Destiny, and a new console, and the season pass at launch, that comes out to roughly $600 (at least in the United States). If you’ve put even 100 hours into the game in such a situation, then that’s not a terrible return of investment in terms of time to money spent. But lets say that you only bought the base game and only played the campaign, maybe a few rounds of multiplayer, a couple of strikes perhaps, that still puts your time at roughly 6 to 7 hours: still fairly average for most games anyways. In both scenarios, the idea that games are one of the most efficient ways to spend time still holds true, unless you go by the 1 dollar, 1 hour rule.

While it isn’t perfect, Bungie does listen to feedback and act upon it. Pulse rifles were once the most useless class of weapons ever, and now they are one of the most well rounded. People asked for a horde mode, and while the Prison of Elders isn’t quite the same, its close enough that the resemblance is clear. Endgame PvP content, being able to equip different pieces of armor rather than having to hunt for one sets of armor to reach the maximum level, being able to re-roll the perks on your weapons, and more all came from community feedback (unless Bungie was planning to add such features anyways and it just happened to align with what people wanted).

If nothing else, Bungie sure knows how to take the premise of shooting aliens in the face and make a story from it. The Vex are of mysterious origins, the Hive likely have some arcane ties to the Darkness, the Cabal appear to be running from a certain threat, and the Fallen have earned their name for a reason, possibly from the downfall of their own Golden Age. All this sets a premise for what might come in the future games, and if you are familiar with the Halo series, then you are also familiar with how a game about a super soldier going on an alien killing spree turned into a multimedia franchise thanks to the expansion of the story.