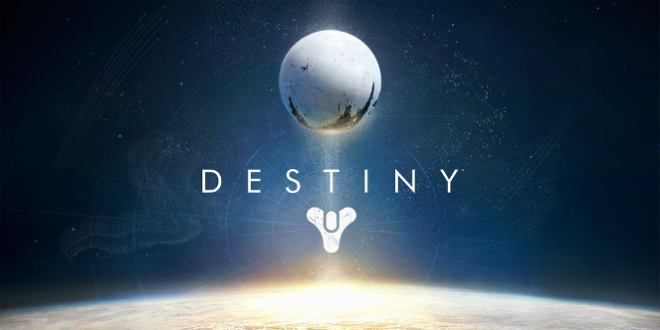 Destiny Gets A New Community Manager

If any of you Destiny players have had any sort of interaction with the greater Destiny community, I would bet any thing that you – directly or otherwise – had come across Deej in some way. Deej, up until now, was the sole community manager in charge of all things Destiny. It’s pretty fair to say that without the countless hours of effort put in by Deej, Destiny would remain the underwhelming game that critics claimed it to be – however, because of Bungie’s exceptional work listening to its community, Destiny has been well on its way to becoming the game that was promised to us.

All that being said, Destiny continues to fight an uphill battle. Nobody can mention its name among gamers without countless groans coming from those who haven’t been following its recent improvements, and even among the community, there is ceaseless outcry. No matter how talented a man Deej is, no one person can hold the weight of that community on their shoulders alone. Enter Cozmo, the DestinyTheGame subreddit founder and former head moderator.

It was announced today on the destinythegame subreddit that Cozmo would be stepping down from his position as head moderator and handing full leadership to the mods, all for the sake of joining Bungie’s team as another community manager. To anyone who follows Destiny in any way, this is massive news. Don’t worry, though: Deej is going nowhere. Deej and Cozmo are going to be having different roles in the community, and hopefully that’s going to allow them to work even more efficiently at keeping the wishes of the Guardians in mind as they continue to develop Destiny.

Deej, as always, is going to be at the helm when speaking to the Destiny community (this means the weekly updates, as well as responses to forum posts, Twitter, Reddit, etc.) and acting as the mouthpiece of Bungie to us. Cozmo’s job, as it’s pointed out in his introduction post, will be to”be your voice, or at the very least your interpreter, filtering the firehose of information on Bungie.net – as well as on social media.” In the long and short of it, info about Destiny goes in through Cozmo, out through Deej (clearly it won’t be this simple, but that seems to be the best way of putting their new positions.) This seems like a fair way to balance out the workload that Bungie needs to juggle.

With this, Destiny fans have yet another reason to rejoice. With the future of the game looking bright, The Taken King just two months away and looking better than ever, and now an even better way to communicate with Bungie, it seems that the troubles of our first year are about to be washed away. Here’s hoping that we don’t run into any more unpleasant controversies to distract us from all the positives headed Destiny’s way.

I'm a college student studying journalism, and when I'm not studying, I'm writing here at LTG. I love indies and AAA's alike - I'm just a lover of this medium in general.
@MiCottuli
Previous Remembering Satoru Iwata – The Life of a Legend
Next Legacy of the Void Pre-Purchase Available Now