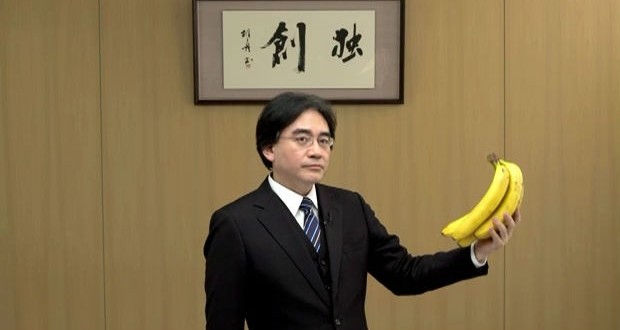 Remembering Satoru Iwata – The Life of a Legend 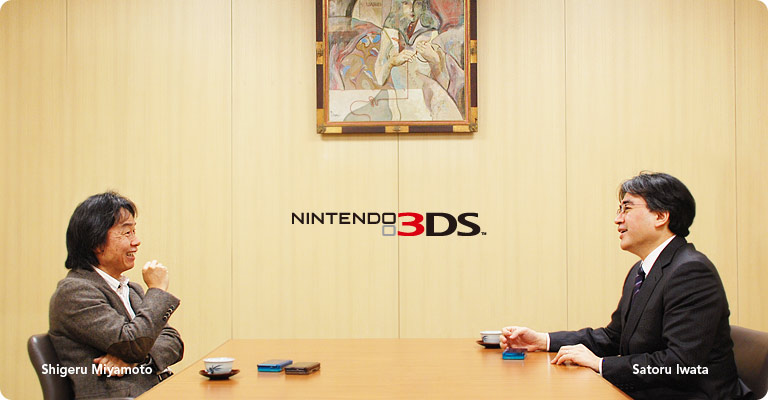 Satoru Iwata was the president and CEO of Nintendo from 2002 until his death in July of 2015. Most people know Iwata-san as Nintendo’s CEO, but he did much more than run a business – he changed an industry. Whether he was developing a game or dealing with investors, Iwata-san never forgot that, first and foremost, he was a gamer. I love all video games, but Nintendo has a special place in my heart. Since I joined Load the Game, I’ve written extensively about Nintendo, and I hope that even those who aren’t Nintendo fans can appreciate the accomplishments of one of gaming’s most important figures. 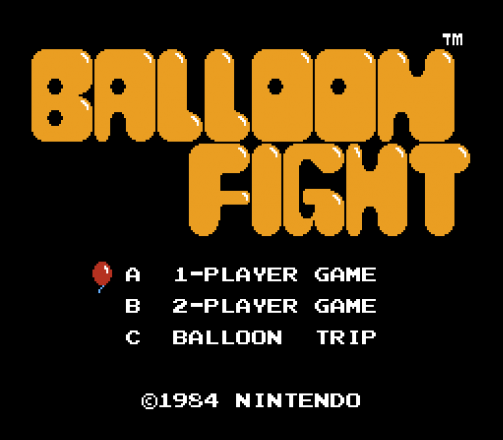 Iwata-san started making games in high school. He created a few games on a calculator, and was inspired after watching his friends play them. After he graduated from the Tokyo Institute of Technology, Iwata-san took a full-time position at HAL Laboratory. In 1983, he was appointed as the coordinator of software production, and he became the president of the company in 1993. He worked on Balloon Fight, the Mother (Earthbound) series, the Kirby series, the Super Smash Bros. series, and many more titles. In addition to these games, Iwata-san also worked closely with Creatures, Inc. while he was at HAL (Creatures, Inc. is best known for their work on several Pokémon games and on the Mother series). He made it possible for players of Pokémon Gold / Silver to revisit the Kanto region after conquering the Pokémon League, and he helped bring the original coding in Pokémon Red / Green to Pokémon Stadium (for a more authentic battle experience) without any kind of reference document. He actually read through the original code and rewrote it for Pokémon Stadium.

During his time at HAL Laboratory, Iwata-san helped bring some of the most beloved titles of all time to gamers all over the world. Things didn’t stop there, though – Iwata-san accepted a position at Nintendo’s corporate planning division in 2000, and soon succeeded Hiroshi Yamauchi as the fourth president and CEO of the company in 2002. Under the leadership of Satoru Iwata, Nintendo launched the Nintendo DS and the Nintendo Wii, both of which enjoyed considerable success.

Alright, you may be thinking. He helped the company succeed – isn’t that what CEOs are supposed to do? Yes, hypothetical conversation partner – it definitely is what CEOs are supposed to do. Iwata-san, though, went above and beyond. He was never afraid to do whatever work needed to be done – if you looked at any other major video game corporation, you probably wouldn’t find the CEO taking a few days to help code a game so it would be ready for launch. Iwata-san did just that with Super Smash Bros. Melee. The game wasn’t going to be ready for launch, so Iwata-san took three weeks to go to HAL Laboratory and work on the coding. In case you’re still not impressed, there’s more. 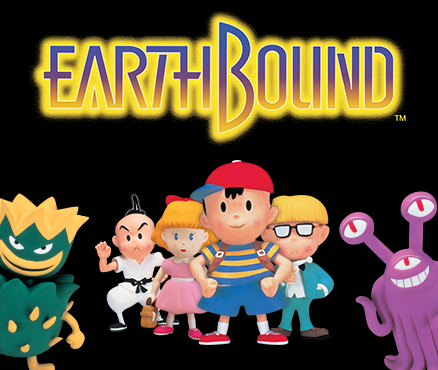 During the development of Mother 2 (Earthbound), HAL Laboratory was struggling. The game was buggy, choppy, and just difficult to play. That’s when Iwata-san came in. He told them that he could help them fix the game they had, but it would take around two years. However, if they started from scratch, they could have it done in half a year. After a month of hard work, Iwata-san returned to HAL with reworked code for Mother 2, and the game soon became a cult classic. 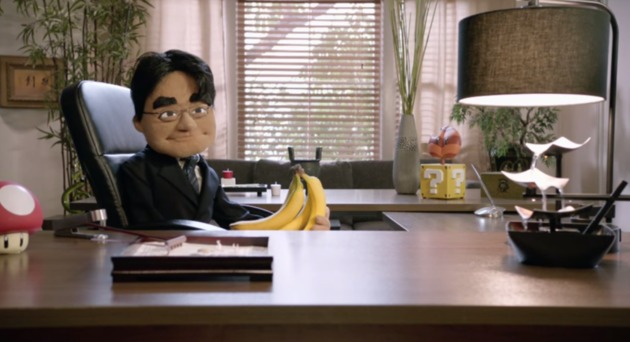 Even though these are all awesome stories, my personal favorites are the stories about Iwata-san’s intense dedication to Nintendo. In 2014 (just two years after the launch of the Wii U and three years after the launch of the 3DS), Iwata-san announced that he would be taking a 50% pay cut to help the company get back on its feet after a few quarters of unfortunately low sales figures. He also said that high-level Nintendo executives should expect to get a pay cut between 20% and 30%. This shows us a lot about the way that Iwata-san ran Nintendo – the primary focus was making great games that could be enjoyed by gamers everywhere. Finances are important, and Iwata-san was more than willing to cut his own salary to help the company keep its head above water, but the games come first. After all, Iwata-san himself said that, in his heart, he was a gamer. 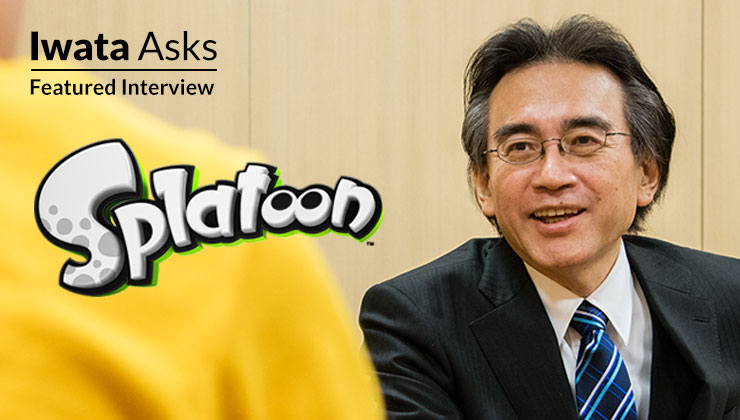 If you’ve read any posts about Satoru Iwata, you’ve surely heard of the Iwata Asks series. In my opinion (and it seems that many others in the industry agree), Iwata Asks was an absolutely phenomenal series. It did a few things: it gave viewers (or readers) a special preview of upcoming games, it gave developers an opportunity to tell stories about the development process, and it gave Iwata-san a chance to talk about what he loved most – video games. Other executives of video game companies might do interviews with developers once in a while, but none of them have ever shown the passion and joy that Iwata-san showed when doing Iwata Asks programs. Iwata-san wasn’t just selling these games – he believed in them with all of his heart. You can watch a few Iwata Asks videos here, and you can read the Iwata Asks interviews here. You can also find some other Iwata Asks videos here. The Iwata Asks interviews will definitely be missed, as will his magic touch that made Nintendo Direct videos feel less like advertisement and more like entertainment. 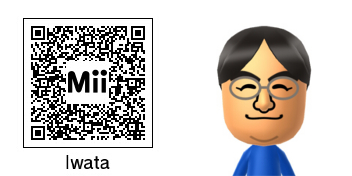 Above is a QR code that will allow you to bring Satoru Iwata into your Wii U or 3DS (credit for this image goes to JHgamez of DeviantArt).

The entire gaming industry is mourning right now, and it makes a lot of sense. We’ve lost one of the greatest minds in the industry, and it’s hard to swallow. Iwata-san’s infectious laughter, silly sense of humor, passion for games, and down to Earth attitude will be missed. Not to mention hearing him say, “Please understand” or “Please take a look.” Though Iwata-san will not be around to see the launch of Super Mario Maker, Star Fox Zero, the Western release of Fire Emblem Fates, or the reveal of the new platform codenamed NX, I’m sure that all of the software and hardware that Nintendo has planned will stay true to Iwata-san’s vision. I’m excited to play these games and to hear more about the NX – I know that Iwata-san saw gamers having fun with Nintendo products as more important than himself. So, instead of mourning, go home and play a great Nintendo game. I think that’s what Iwata-san would have wanted. 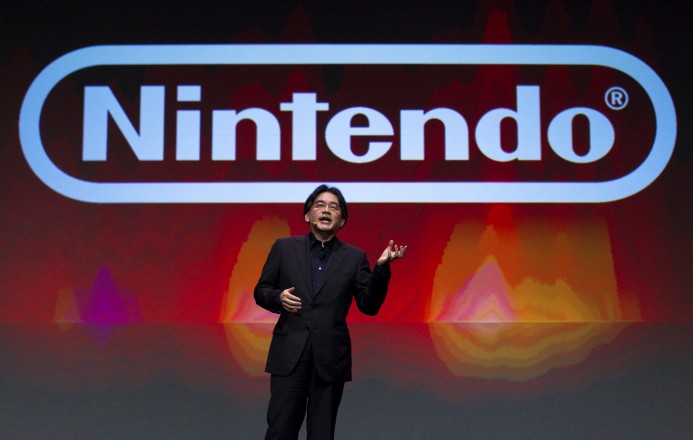 Satoru Iwata was an honorable man and an inspiration to many young people who dream of working in the games industry (like myself). He touched the lives of more people than we could count, and he’ll continue to do that through the Nintendo software and hardware that he worked so hard on, and through his successors who stay true to the vision he had for Nintendo. So, with that, I will bring this memorial post to an end. I’d like to say that Iwata-san, his friends, his family, and the entirety of Nintendo will be in the thoughts of all of us here at Load the Game. Thank you, Iwata-san. You made this world a brighter, better place.

If you have any memories about Nintendo (their games, hardware, or the company in general), Satoru Iwata, HAL Laboratory, any of the games that Iwata helped make, or just want to talk to other readers about the future of Nintendo, leave a comment below. We’d love to hear your stories.

I'm Aria! When I'm not doing other things, I'm either playing video games or writing about them. If you like games, anime, and random stuff, you can follow me on Twitter @Sage0fForest
@@Sage0fForest
Previous Halo 5: Guardians and MEGA Bloks at SDCC
Next Destiny Gets A New Community Manager