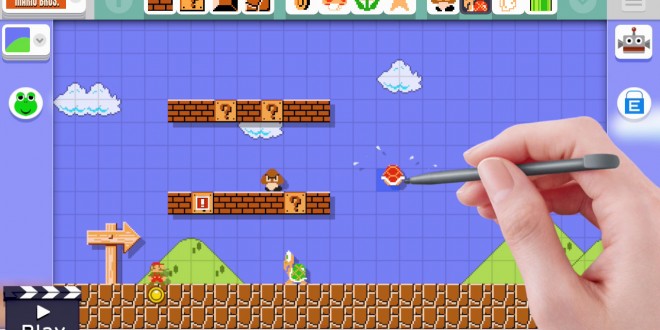 Super Mario Maker is exciting. Anyone who has ever enjoyed a Super Mario title has wanted to create their own Super Mario course. You’ve probably imagined tons of them. I can’t count the number of times I’ve played through a Mario course and thought, “what if… [insert random game design idea here]?” Sure, you could draw it out or use one of the level editors online, but the levels created using these tools never feel like true Super Mario levels. Now, Nintendo has given us Super Mario Maker, which allows you to make most (not all) of your crazy Super Mario dreams come true. 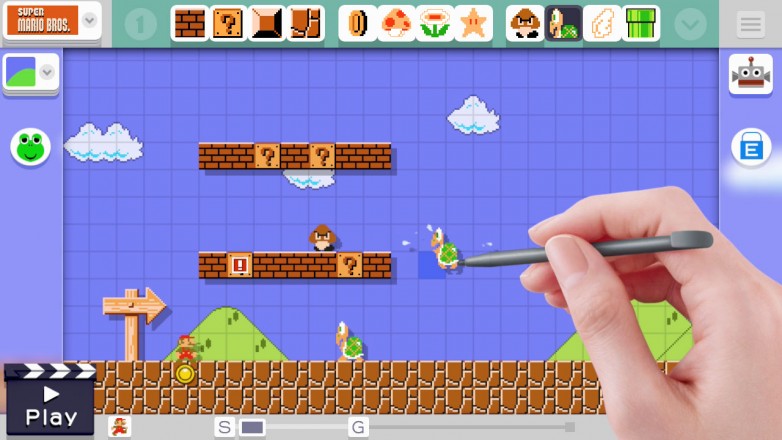 The main focus of Super Mario Maker is on its course maker. Using the visual style of Super Mario Bros., Super Mario Bros. 3, Super Mario World, or New Super Mario Bros. U, you can design your own courses, play through them, and share them with other players all over the world. Not all the items and environments from these games are available for use, and there are quite a few Mario titles that were not included in Super Mario Maker. The four games that are included do provide a lot of depth in the creation mode, though, and there is a ridiculous amount of possibility present. Once you unlock all of the items available for use in the course creator (which is much more difficult than it should be), the freedom is overwhelming. Should you use a green koopa or a red koopa? How long should your course be? Should you include a sub-level? There are so many choices to make during course creation that it sounds intimidating. Luckily, Super Mario Maker is so easy to use that creating courses is possible for all players. I’ve seen Mario veterans and video game novices alike create and clear full courses with ease, and that’s what makes the game so special. There are so many ways to play – create insanely hard levels and use them to frustrate your friends, make visually impressive levels, use the course creator to create homages to your favorite games (I’ve seen Metroid, Zelda, and even Splatoon themed courses), or even make courses that don’t require any effort on the part of the player (e.g., complicated systems of conveyor belts that lead Mario straight to the finish line). You can even create levels with elements that you’ve never seen in a Mario game. Do you want to have a cheep cheep hanging out in your airship level? Go ahead. How about five Bowsers standing on top of each other’s heads and shooting fire balls across a column of cannons that are shooting Goombas? You can do that, too. There are so many ways to make levels that absolutely anyone can find a level that suits their preferences, and that’s really awesome. 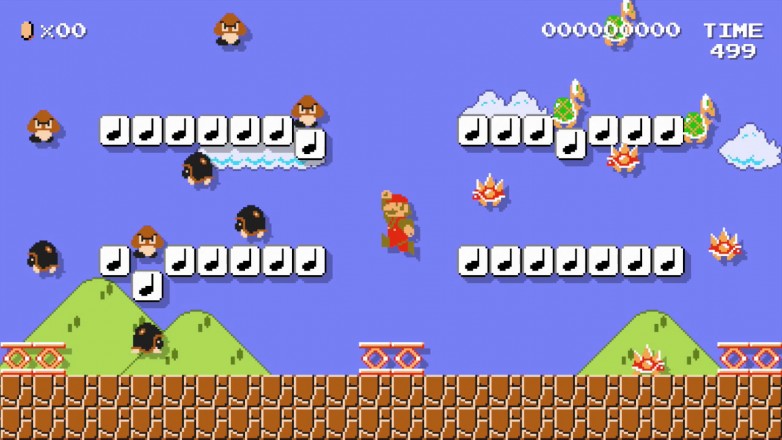 Besides making courses, Super Mario Maker gives you a lot of chances to actually play through courses. In the 10 Mario Challenge, you can take on the courses made by the developers at Nintendo – you’ll have to clear a set of eight with just ten lives, and repeating the challenge unlocks more courses for your Coursebot (which is a collection of sample courses to help you create more interesting levels – or to just play over and over again). If you’d rather play courses made by the community, try the 100 Mario Challenge. You’ll face a classic Super Mario Bros. style board with a certain number of courses (depending on the difficulty you choose). Almost every time you play, the courses will be different (though I did run into a repeat or two during my time reviewing the game). There’s no shortage of playable content here, and there are some really creative people using Super Mario Maker to create unique levels. Even if you’re not interested in creating your own levels, there’s enough content available in the game that it’s well worth your time and money. 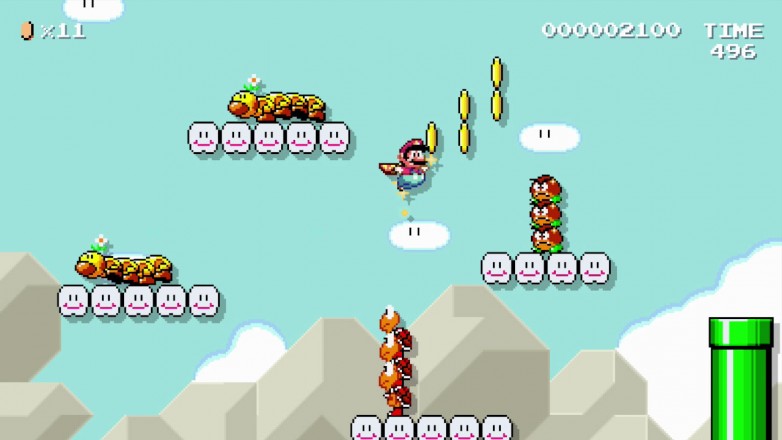 I didn’t find too much to complain about during my time with Super Mario Maker. The Miiverse connectivity is a bit clunky, and it’s annoying that you have to open the Miiverse app to read comments on your courses. Sharing your courses is a lot of fun, and the course ID system makes it easy to share courses with friends. However, there is a limit to how many courses you can upload. This makes sense, as some users will undoubtedly fill the game’s community with terrible courses. For everyone else, though, the system can be frustrating. As more people give your levels “stars,” you earn medals. As you earn more medals, you can upload more courses. I have a few medals, but I’m not sure how or why I got them. There’s no goal to aim for – I have no idea how many stars I had to get to unlock my medals, and there’s no explanation whatsoever as to what they even are besides their picture on your Course World player card. There are a lot more positive community features than negative ones, though – being able to see where players have died in your courses is disturbingly satisfying, and the Miiverse comments that show up in levels can be fun (though they can be very annoying, too – as we saw in Splatoon). 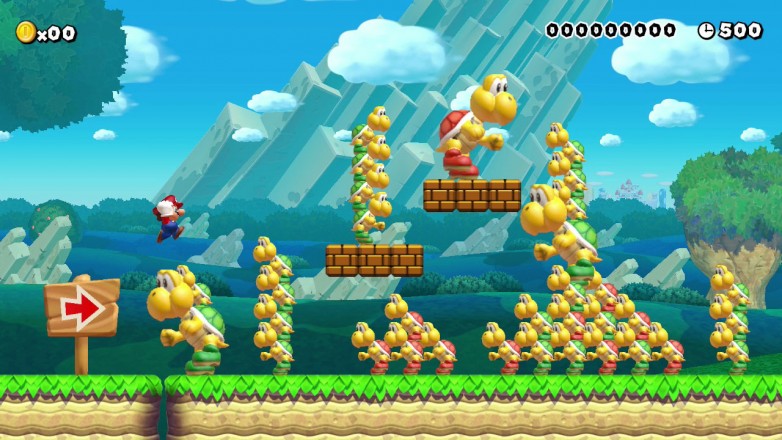 Super Mario Maker is a delight. It’s simple, fun, and it encourages players to be creative. It’s the ultimate love letter to Mario fans worldwide, and the wealth of content, potential for unique designs, and integration of sharing and socializing all make Super Mario Maker one of the best experiences on Wii U. If you have a Wii U and have any interest in game design or platforming games, there’s no doubt that this game deserves a place in your library. In fact, it deserves to be in every Wii U gamer’s library, because this is one of the greatest achievements that has been made in the history of the Super Mario franchise. I can’t think of a better way to celebrate Mario’s anniversary than to give players a gift like this – and I guarantee that you won’t regret checking it out.

Super Mario Maker is energetic, simple, and packed with creativity. This never-ending Mario adventure will draw you in quickly and keep you playing and creating for years to come.

I'm Aria! When I'm not doing other things, I'm either playing video games or writing about them. If you like games, anime, and random stuff, you can follow me on Twitter @Sage0fForest
@@Sage0fForest
Previous The Taken King review: Everything old is new again
Next Persona 4: Dancing All Night Review – Step On Up 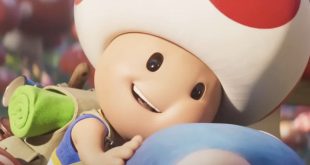