Breaking News
Home » OPINION PIECES » The best of gaming in 2015: Game of the year and more 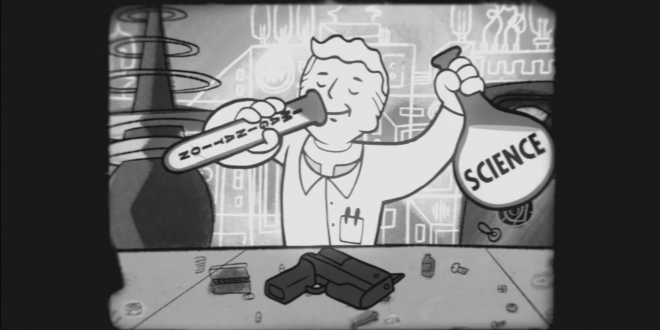 Year after year, video game developers try and outdo each other (and themselves) to make each year better than the year before. 2015 is no exception, with several major releases for huge franchises like Halo, Fallout, and Call of Duty, and that’s only mentioning what came out for the holiday season. However, while almost every game that came out was great in their own way, some games (inevitably) stand out from the others as the game that people will mention whenever they talk about this year in gaming.

Of course, like all game of the year mentions, this is entirely subjective and based on personal preferences rather than being a scientific, investigative report, especially with the quality and quantity of games that came out this year.

Game of the Year- Fallout 4

To no one’s surprise, Fallout 4 is one of the biggest games of 2015. Between the settlement building, improved perk chart that lets you play however you want, and the general improvements made to streamline gameplay, there is something for everyone in Fallout 4. True, Fallout 4 isn’t perfect, with its share of aggravating bugs and somewhat shaky main story, but ultimately it has proven to be incredibly addicting. Throw in Bethesda’s excellent marketing campaign and Fallout: Shelter, and Fallout 4 is arguably the most memorable game of the year.

Traditionally, DICE games have excellent audio and graphical assets, and Star Wars Battlefront continues that tradition in spades. Every match gives the impression that you are in a scene from the movies, with excellent blaster sounds and effects, gorgeous explosions, and animations that are admittedly rather exaggerated, but not out of place considering the theme. Jump into an X-Wing, and the cockpit looks like an X-Wing cockpit. Jump into a TIE fighter, and you get the same tunnel vision effect that the TIE fighter pilots in A New Hope got. Sure, Battlefront may not have a plethora of maps, or the best spawn system ever, and it may get repetitive at some point in the near future, but it is certainly a game that is marvelously pretty.

Want free maps, updates, and game modes? Want a co-op campaign that doesn’t simply make duplicates of the main character? Want a wide variety of game modes? You’ve got them all in Halo 5: Guardians. Okay, so maybe Halo 5: Guardians feels a bit too competitive for its own good, but to be fair that isn’t too much different from the Bungie era of Halo games. Other than that though, it feels and plays like Halo, which is always a good thing. Call of Duty: Black Ops 3 is a strong alternative choice, but the reliance on paid DLC (which has proven time and time again to be what fragments gaming audiences) does make it slightly less attractive.

@https://twitter.com/thefallenlords
Previous Some of Fallout 4’s most common glitches, bugs, and tricks
Next The worst moments in gaming in 2015: Get ready to be dissapointed