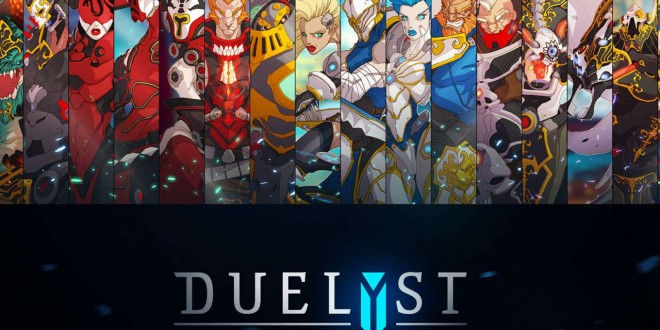 Duelyst is a collectible card game for PC and Mac. Yes, I know that at this point, in 2016, that’s less exciting than it used to be. With TCG games like Hearthstone, Scrolls, Magic: The Gathering Online, and HEX (just to name a few) already on the scene, it’s increasingly harder to make a game that makes an impression. Luckily, though, Duelyst succeeds in many ways. Sharp strategy-based combat, decent lore, a wide variety of cards, and great multiplayer make Duelyst feel fresh and exciting.

The core gameplay of Duelyst is rooted in grid-based strategy and classic competitive card games. Each player has a hand of up to six cards. These cards have three types: minions, spells, and artifacts. Minions are creatures that assist you by attacking your enemies and strategically moving across the field. Spells have an immediate affect, such as raising the attack or defense stats of minions or stunning your enemies. Artifacts have longer-lasting effects on a player’s general – the character that leads the team. They typically exist to buff your general. You’ve also got a Bloodborne ability that is different for each general. This move can be used at any time, and it recharges after a few turns. Then there are mana springs – if you reach a mana spring space before your opponent, you’ll gain a mana crystal – the fire that fuels you ever move in the game. Your goal is to kill your opponent’s general.

All of the action takes place on a grid, where each character takes up one square. The first thing that came to my mind when I started playing was Fire Emblem. If I had to describe Duelyst to somebody who had never seen it before, I’d say that it’s a mash-up of Hearthstone and Fire Emblem. As weird as that may sound, it works perfectly for the game.

As you play single-player matches, you’ll unlock more cards for each faction. There are six factions, and each one has a distinct style. For example, the Lyonar Kingdoms have high health and strength in numbers, and it’s a perfect faction for beginners. On the other hand, the Vanar Kindred focus more on controlling the battlefield and using fewer minions. You absolutely have to try them all, as it’s the only way to find out what your style is. You’ll definitely want to play a lot of single-player matches and complete solo challenges before jumping into Duelyst‘s intense online multiplayer.

Multiplayer is divided into two modes – a competitive season-based mode and a gauntlet mode. In competitive mode, you’ll use your own decks to crush your enemies and climb the ladder of Duelyst players. Gauntlet mode, on the other hand, has you draft cards for a deck and then fight to survive as long as you can. With these modes as well as the single-player options available, you won’t be finished with Duelyst for quite some time. 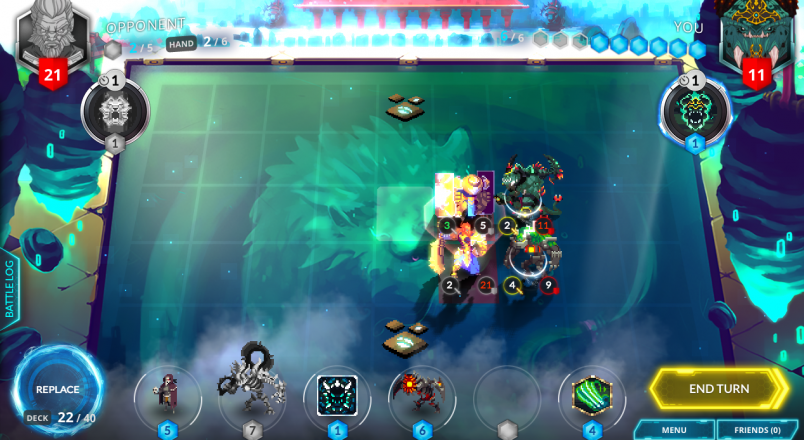 I love the look of Duelyst. Each character has a cute but sharp pixel look, and the interface is smooth and simple. The bright colors are gorgeous, and each minion, spell, and artifact has a unique design that becomes instantly recognizable once you’ve been playing for a few hours. The visuals are one of the best parts of Duelyst – it just bursts with personality.

The music is fun, and works well with the setting. The drama is high in the soundtrack – epic strings set the stage for huge battles. It really drives home the idea that these factions are locked in conflict that defines their world. The sound effects take precedence over the music here, though. Each move is accompanied by a clear sound effect that brings the pixellated battlefield to life. It isn’t soundtrack of the year, but it does exactly what it’s supposed to do. 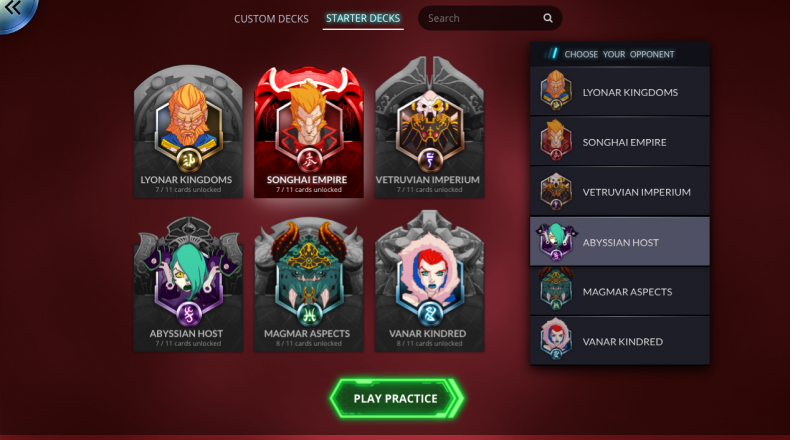 When thinking about replay value in Duelyst, multiplayer is a huge component. Luckily, it’s a lot of fun. Building your own decks is essential for victory, so you’re going to spend a lot of time on the deck building screen. You’ll get additional cards as you play, but you can also spend real-world money for in-game spirit orbs, which are booster packs of five cards. It’s a feature that’s seen as conventional in the genre, and it makes sense (as Duelyst is free-to-play), but it can make the odds seem a bit stacked against you at times. I was provided with free booster packs for review, so I didn’t have this problem much – but it was obvious that it’s a reality in the game for the vast majority of players.

As you play in the multiplayer season, you’ll progress through five skill levels: Bronze, Silver, Gold, Diamond, and S-Rank. Your final standing at the end of the line will be based on the highest rank that you achieve, but your rank will be constantly changing throughout the season.

The multiplayer is the highlight of Duelyst – it’s challenging, fun, and addictive. 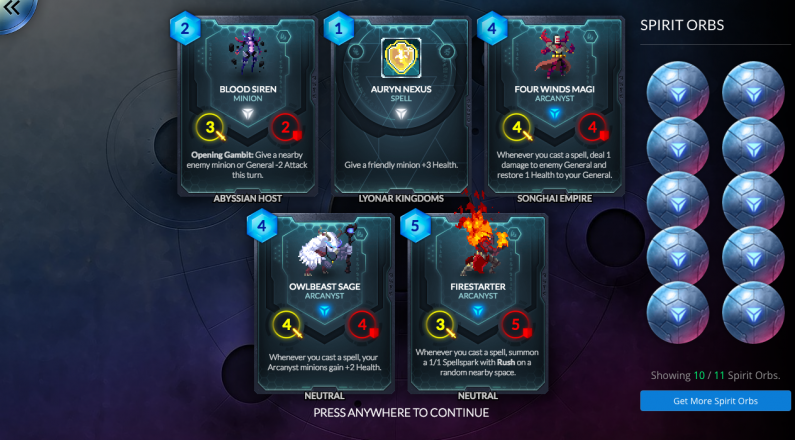 When I first booted up Duelyst, I wasn’t exactly excited to be playing yet another collectible card game on my computer. I had already been through a brief period of Hearthstone hype, and I had played the digital MtG and Pokémon titles to death. This game is different, though. It made me excited about collecting cards and playing matches, which few TCG games manage to do these days. I whole-heartedly recommend Duelyst, and it’s free – which means you should go play it now.

Duelyst is a collectible card game for PC and Mac. Yes, I know that at this point, in 2016, that's less exciting than it used to be. With TCG games like Hearthstone, Scrolls, Magic: The Gathering Online, and HEX (just to name a few) already on the scene, it's increasingly harder to make a game&hellip;
Duelyst Review
Duelyst Review
Aria Maryn

Duelyst is a competitive trading card game experience that manages to set itself above the crowd with unique visuals, interesting lore, and incredible combat.

I'm Aria! When I'm not doing other things, I'm either playing video games or writing about them. If you like games, anime, and random stuff, you can follow me on Twitter @Sage0fForest
@@Sage0fForest
Previous Zero Time Dilemma Review – Plaudite! Acta est fabula!
Next Rooster Teeth’s Day 5 (episode 4) review: The Joel standard