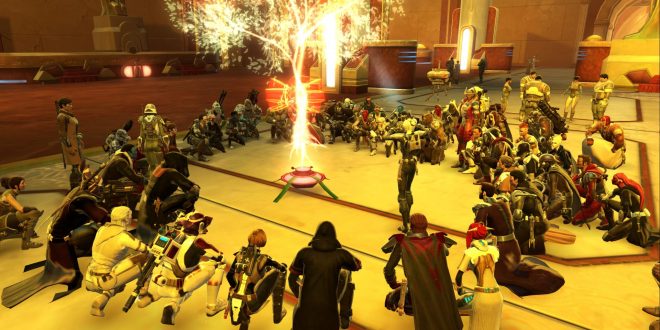 It’s a sad day for fans of all things Star Wars. After the news of Carrie Fisher’s death today due to a heart attack she suffered earlier this week, the internet has been alive with memorials and kind words about the actress who played Princess Leia Organa. Players of Star Wars: The Old Republic also took time today to honor the life of a woman who brought so much to the beloved franchise. User bstr413 on the Star Wars: The Old Republic subreddit suggested that players band together to show their respect for Carrie Fisher. Players gathered on the Ebon Hawk server around 1:30 pm EST at the Organa Castle on Alderaan to pay homage to the late actress.

Carrie Fisher through her character Leia Organa served as a rare example of a strong female character and role model back when Star Wars released in 1977. The huge popularity of the movie brought young boys and girls a character who was both beautiful and strong to look up to. Princess Leia also moved into a strong leadership role as General Organa when Carrie Fisher reprised her role in the 2015 entry Star Wars: Episode VII The Force Awakens. Outside of the Star Wars universe, Ms. Fisher herself brought increased visibility to the previously stigmatized issue of mental illness through her open discussion of her battle with Bipolar Disorder.

Other memorial services for the actress were held across multiple servers at different times throughout the day. In a rare outpouring of community support, Imperial and Republic players set aside faction differences and banded together in solidarity as they honored an important part of Star Wars history.

“What began as a small movement on Dromund Kass turned into an operations group on Alderaan, blossomed into something more, and then exploded…At that moment, there was no Republic or Empire – only fans. Rest in peace, Leia. May the Force be with you.” 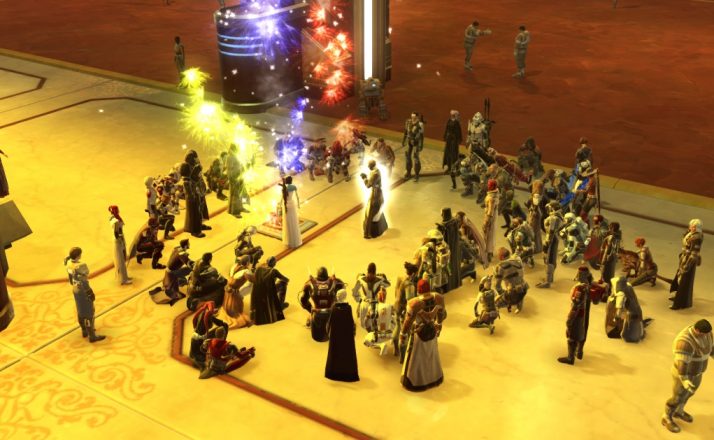 My name's Zach and I'm a college student supporting myself with freelance writing as I finish my degree. I largely focus on technology news and reviews for LoadTheGame, though I do report on games from time to time.
@zr566762
Previous Steam Fined Millions for Refusing Game Refunds
Next VR Monster Awakens Enters Steam Early Access