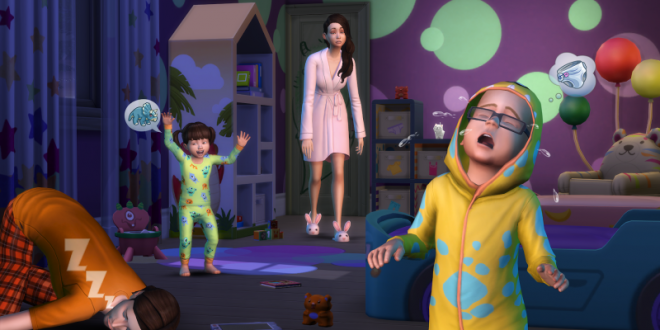 They’re finally here! Over two years after the release of The Sims 4, toddlers are being added to the game in a free update. Previously, Sim children had aged up from babies directly to children, which was a little bit jarring to say the least. Toddlers had been featured in every Sims game since the Sims 2, so the fact that they weren’t included in the game at launch had many fans very frustrated. Gamers can now look forward to teaching their Sim toddlers to walk, talk, and use the toilet.

The Sims 4 team gave an explanation for the delay in a blog post accompanying the update:

“I’m not exaggerating when I say we’ve been talking about this particular update for years. We just had to find the right time, resources and design to allow us to start the heavy process of actually building and bringing Toddlers to life. And believe me when I say it has been really REALLY difficult to not talk about this as we worked to get it right.”

In an email to Kotaku, The Sims 4 Senior Producer Lyndsay Pearson said that “The Toddler stage represents so much change in a Sims’ life. You start to see a Sims’ personality, you start to build family connections, and you can tell more meaningful family stories. Because of this, we focused on the progress and development you can experience as a Toddler or as a parent of a Toddler. The new Toddlers traits and new Toddler skills really highlight that nurturing and growth.”

The internet is going wild over the patch, as the lack of toddlers had been a huge sticking point with many fans that even convinced some people to avoid purchasing the game. The update had apparently been in development for a long while, but the release today comes as a complete surprise. Who knows why The Sims team didn’t even confirm that toddlers were coming, but the surprise update is definitely well received.

My name's Zach and I'm a college student supporting myself with freelance writing as I finish my degree. I largely focus on technology news and reviews for LoadTheGame, though I do report on games from time to time.
@zr566762
Previous Half-Life 3 Probably Never Happening
Next New DLC for Harvest Moon: Skytree Village Announced