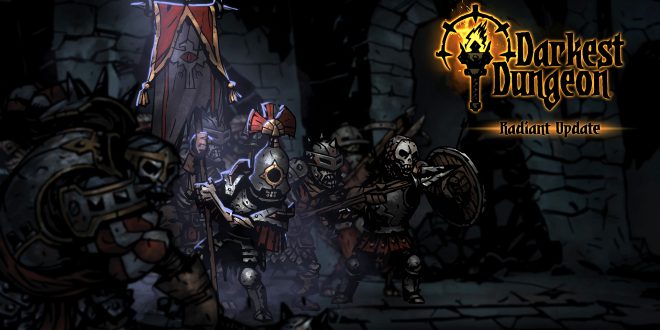 Darkest Dungeon is a game that has a lot going on. It was a game that proved that Early Access games could have amazing support from developers. What’s more, it’s a game where the support continued long after the game had been officially released. Red Hook Studios had promised a lot in the game’s Kickstarter campaign, and they successfully delivered everything. But even now, even though they have added everything they were obliged to do, they are continuing to refine and improve the game. The latest example of this would be the Radiant Update, which was just announced.

The Radiant Update centers around the appropriately named Radiant Mode. After the Radiant Update goes live, there will be three modes, Radiant, Normal, and Stygian (NG+). Despite this, Red Hook Studios does not intend for Radiant Mode to be an easy mode. The plan is, rather, to decrease the overall playtime of the game from 80 hours to 40 hours. Making it faster to build up heroes and assault the Darkest Dungeon. The goal is, simply put, to allow players to customize their experience of the game while keeping the soul intact.

Plenty of other tweaks are coming with the Radiant Update. A number of unspecified adjustments and improvements are coming to the game. What’s more, new monsters will be added to the champion level dungeons. Previously, champion dungeons had the same enemies as veteran dungeons, but with more stats. The veteran dungeons, on the other hand, had new enemies that tried to rip you limb from limb. Four new beasts of darkness will be filling that role for the champion dungeons. That Radiant Update is planned to go live at the start of February, later for the PS4/VITA ports. Work on the Radiant Update has pushed back work on the Crimson Court DLC, and it has been slightly delayed.