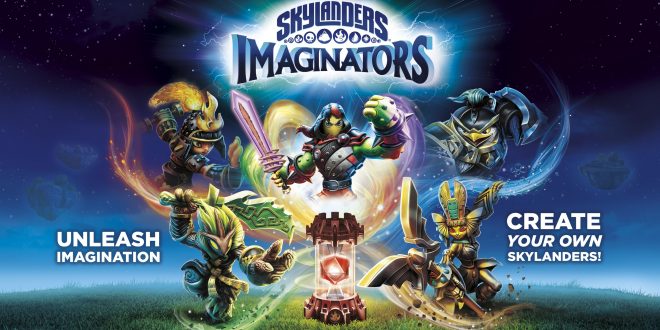 Skylanders: Imaginators is coming to the highly-anticipated Nintendo Switch near the launch in March of this year. Accompanying the release will be the addition of new characters as well as a new expansion pack. Gamers who don’t have the trademark “Portal of Power” will still be able to play Skylanders on the Switch, with a unique system that allows players to load and store over 300 toys from the franchise directly into their new gaming system.

Paul Reiche, co-founder and studio head of Toys for Bob – the studio that handles Skylanders development – elaborated on the release in a press statement:

“Since Skylanders Imaginators and SkylandersTM Creator launched, fans have made more than 25 million Imaginators using the expansive creation tools in the game and app. We couldn’t be more excited to extend that experience to Nintendo Switch players. We’ve seen some amazing Skylanders created, and as kids’ collections continue to grow, we’re proud to offer more depth and variety to fans in ways never before possible with this new system.”

According to Josh Taub, Senior Vice President of Product Management for Skylanders, there are now more than 300 million Skylanders in the hands of fans and that equates to two toys sold every single second since Skylanders® Spyro’s Adventure launched. With these huge sales numbers and a new season of Skylanders Academy coming to Netflix in the fall, it’s clear that the port of Skylanders to Nintendo Switch is a smart business decision.

Coming soon, too, is the release of a Cursed Tiki Temple Pack that “takes kids on an all-new adventure as they unlock more than 100 new offerings for their Skylanders Imaginators – a first in franchise history! The pack comes with Sensei character Wild Storm who will unleash a new level to players; a life Creation Crystal; and an Imaginite Mystery Chest.”

Skylanders: Imaginators is rated E (PEGI 7) and is available for Nintendo Wii U, Xbox 360, Xbox One, PlayStation 3, and PlayStation 4. Coming soon to Nintendo Switch. For more information, visit Skylanders.com.

My name's Zach and I'm a college student supporting myself with freelance writing as I finish my degree. I largely focus on technology news and reviews for LoadTheGame, though I do report on games from time to time.
@zr566762
Previous Radiant Update Announced for Darkest Dungeon
Next Android Cofounder Starts New Phone Company